I distinctively remember the first time I met Karpal Singh in person. It was at the Parliament. 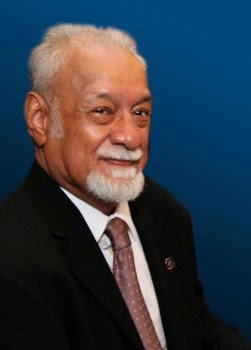 I was walking along the corridor outside the Dewan Rakyat hall when I saw him coming from the opposite direction.

There was only the two of us on the whole stretch of corridor. The Dewan was in session at that moment and he was probably on his way back in after a break at the wash room or something. I was at the Parliament due to my work.

Karpal was not yet wheel-chair bound on that day and he looked very fine.

Being at that time a fresh law graduate, I was at awe upon seeing him in person. After all, I was familiar with his exploits as reputably the best criminal and constitutional lawyer in the country. I was back then dreaming of being a lawyer like him.

Karpal was all smiles and charming when I approached him and introduced myself. He was visibly pleased when I told him that I had recently graduated from law school and how I admired his work.

He asked when would I be sitting for my CLP (Certificate of Legal Practice) of which I explained that I was working to save enough money to pay for the tuition and examination fees.

I had studied and got my law degree on my own money as I had not obtained any scholarship or study loan.

To my amazement, Karpal was actually concerned and asked if I needed any help.

There I was, meeting him by chance for the first time and he was already offering me help. It was after all just a brief encounter.

I thanked him and said I would be fine and should have saved enough money by the end of the year to go back to my studies for the CLP.

Karpal nonetheless told me that I may call him if I needed help and gave me his calling card.

I remember his calling card well as there was on it a jawi script of his name, among others.

When I got to know about it in the early hours of the morning, I was genuinely saddened.

Karpal may belong to the DAP, a party which real objectives I am so much against, but him as a person is a totally different matter.

I once talked with former PKR man Zaid Ibrahim, who is a prominent lawyer in his own right and asked him what differentiate between him and DS Anwar Ibrahim.

Zaid said he belongs to the second group.

I believe Karpal belonged in the same group too. He was steadfast in his beliefs and fiercely defended those beliefs without any compromise. I may disagree with his methods but I do respect him for his professionalism and forthrightness.

I will miss Karpal's presence in the country's political scene.

I am sure he will also be missed by all, especially those directly involved in Malaysian politics.

It's especially heartening to note that even Karpal's political opponents went out of their way to extend their sincere condolences to his family.

PM DS Najib Razak immediately tweeted his message of condolences for Karpal's family right after he landed in Angkara for an official visit there. He had then issued an official statement to that effect later on.

If anything, I would like to believe that Malaysian politics suddenly doesn't seem to be such a nasty business after all.


Note 1: I never did call Karpal after that first time I met him nor did I in the end sit for my CLP examinations.
Note 2: I will not allow rude comments on this posting.
Posted by Annie at 04:50