Obama? Johoreans? Heck, I rather watch a movie. 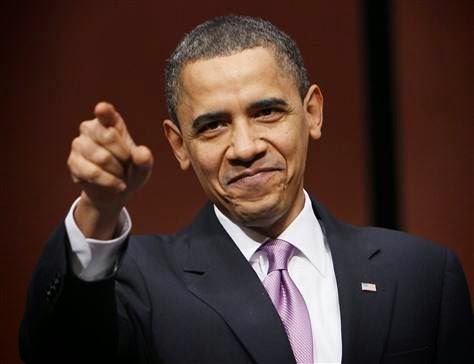 He is only the second US president ever to visit Malaysia while in office.

The first one was Lyndon B Johnson in 1966, which is almost half a century ago.

Everyone seems to be so gaga over Obama's visit....almost.

I'm one of those who are not that very excited.

For me, Obama, as it was with LBJ, is just one of those minor presidents of the US.

The guy's presidency has so far been mundane.

Honestly, I am not really sure what is his most significant achievement as a president.

Even that moronic Bush junior was a more significant president. He went to war and give new meaning to state terrorism.

Obama on the other hand is just plain mundane. That's about it.

The only significant thing about him I could think of is that he is the first US president who is black....or supposedly black.

The guy is half white actually.

Okay, he seems to be a nice guy...despite his American soldiers still going around killing people in places like Iraq, Afghanistan, Yemen, Pakistan etc.

Well, never mind, the guy is a guest, so I better not run him down too much....that is despite him being the leader of a country which is the biggest supporter and supplier of deadly weapons of that Muslim-killing machine Zionist state, which goes by the name of Israel.

I have to admit that I wish we do not need the Americans. I wish we are still the best friend of China.

But, what to do....China also like to bully us lately. They even want our territorial water off Sarawak and Sabah.

So now, Malaysia, which has all these while been the best friend of China in this region now forced to flirt with the GI Joes.

Too bad that China really doesn't know how to appreciate its friend.

If only they know how to be a really good friend instead of being a neighborhood bully....

Really, being a bully will not get you what you want.

People will just be turned off by your bad behavior and switch to the opposite side despite them not wanting to do that.

It's a lesson which should be learnt by those in power in my home state of Johor.

They should realize that people will revolt when they can't take it being conned and robbed anymore.

They may even switch support to Kit Siang and his gang when they could not stand being bullied anymore....

....okay, I know they would not do that, especially the Johorean Malays....

....they will be loyal to Umno and BN no matter how much or how blatantly they were being robbed and conned....

....well, what the heck, as if the Johoreans care.

....so they cheered at the football stadium.

I rather go to the movies instead.

Here is a nice trailer of one of my favorite movies,


Okay, for the macho guys out there, I think they would prefer this one,


Urgh...discussing movies is definitely better than getting excited over that mundane US president or trying to save willingly bullied and conned Johoreans, no?
Posted by Annie at 05:25