This is great news, 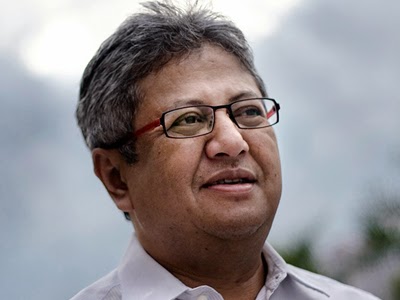 Now, I really believe that Barisan Nasional should not contest in the by-election.

MCA people should not fret as they have better things to do than entertaining Anwar Ibrahim's nonsense in Kajang.

They can concentrate on persuading their members to vote for BN first instead of wasting their energy contesting in an election where their own people are not going to vote for them.

Now that Zaid wants to go up against Anwar, the BN people should really just sit back, relax and enjoy the show.

Zaid's candidacy is an interesting addition to the growing number of funny people who want to fight Anwar.

I still remember that the Pakatan people once touted Zaid as a potential prime minister candidate in case Anwar can't make it to the top.

Of course that's before their fallout.

Anyway, there is no way Anwar could stand someone who was being considered by his own supporters as his potential replacement.

Now, he wants to have a shot at Anwar, just for the heck of it.

Meanwhile, here is another potential candidate to go against Anwar,

Those two seem to be genuine independents and not likely sponsored by BN.

Then there were the other two who had expressed their intention to contest against Anwar - his former buddy Nallakarupan and a former legal aide whose name I'm not even bothered to remember.

Really, BN should totally wash their hands off Kajang.

Let Anwar dance with the jokers instead.

BN leaders should even make an announcement that all the independent candidates contesting in the by-election are not sponsored or supported in any way by them.

At least he can sing this very funny Javanese song,