Spend the whole of yesterday eating, sleeping and watching TV.

My diet has gone kaput.

But that's how I always celebrate CNY and Hari Raya.

I just rest and relax.

In fact, I am writing this lying on bed. Too lazy to get up.

Maybe later in the afternoon I'll join my aunts and cousins for some mahjong rounds.

Told myself I'm not going to be too serious when I'm in this mood.

Honestly, I don't even want to be too serious with this blog anymore.

I had actually been informed that the BN's cyberwar efforts, all the way to the next general election, will be taken care off by a group of young IT-savy geniuses. 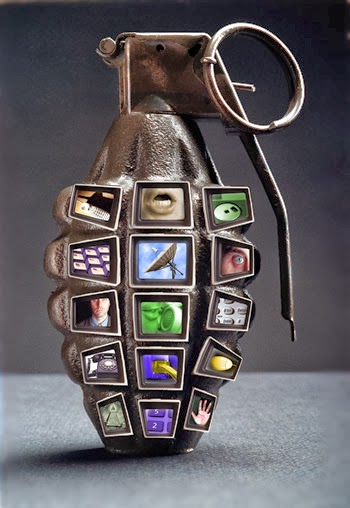 So, it seems that there is no real need for this blog to be in the fight.

As it is, other independent blogs had also been considered too obsolete as a platform to fight the cyberwar.

The general plan is now for the fight to be carried out by the over three million Umno members and their BN allies via simple yet fast cyber platforms such as twitter, Facebook, and other micro social media sites.

The young geniuses will act as "generals" and provider of info as well as preparing the offensive and defensive tactics. Of course there will be the seniors to provide them with the necessary support.

Well, at least that's the theory which was said will be put into practice.

Honestly, it sounds good to me.

Better than wasting money on paying some dubious characters, who only know how to spew profanities  when fighting the well disciplined Pakatan cybertroopers.

And when not paid, they turned into hantu raya and sucked their masters' blood.

Well, some of the so-called independent bloggers are good people, but there are many who are just opportunists who "makan keliling".

Some even set up different blogs, with one supporting BN and another for Pakatan, while taking payment from both sides at the same time.

I really hope the new BN's cyberwar strategy will work and those young people put in charge of it were really sincere in fighting for the cause instead of just being there to enrich themselves by later on pocketing the allocations meant to fight the war.

I also hope they could immediately get cracking with what they were supposed to do.

It's been nine months since GE13 and I have yet to see any change of strategy with BN cyberwar effort.

Okay, maybe the smart young guys in charge need to be given some space to maneuver.

I think I will do my part by stepping aside and let them go to the frontline for this coming Kajang by-election.

I don't want to get in their way.

Most of us are after all not trained in journalism, thus the lack of professionalism.

We also tend to have a big ego which make things very complicated for the BN's cyberwar efforts.

Personally, I'm okay about being sidelined from the fight to make way for others who are more capable of fighting the war.

After all, I was never part of the Umno or BN apparatus.

I am not even a party member.

But, I do believe that BN, despite all its faults is still the better option compared to Pakatan. I believe that Anwar and his gang will destroy the country if given the power to govern us.

That was why I set up this blog in support of BN,

However, if the Umno and BN people think they don't need my help and prove to me that they can fight on their own, then I will give way to them.

At least, that's how I see it.

So, I think the new BN's cyberwar strategy should be given a chance.

Let the BN-employed young geniuses have their own space and execute their planning.

Kajang should be their baptism of fire.

Well, for the time being, I'm just going to relax and continue with my lepaking celebrations.

To get into the mood, here is the song that my mother used to sing me at bed time when I was a little kid...it's also a favorite of my grandmother and grand aunts whenever they occasionally hang out at karaoke joints.