I actually find it hard to find proper GE15 stories.

Most of those reported are either things I already knew from the last election, candidates desperately trying to get some media coverage or pure propaganda.

The most numerous are stories about Pakatan and its candidates but they are mostly recycled stuff from 2018.

How many times the reporters need to do stories about Rafizi saying anyone against Pakatan is corrupt?

It's getting irritating, actually.

Okay, I can understand why the mostly pro-Pakatan news portals are still selling those stories, but outfits like NST too?

Then there are those so desperate for media coverage that they resorted to do silly things such as filing police reports over the most trivial stuff.

Really? Sexually harassing Fuziah? Something must be really wrong with the person who allegedly did that? 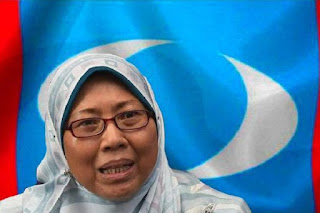 According to the report, this is the sexual harassment tweet sent to her;

‘You are old. Just stay at home and play with your man, makcik. No need to bother trying to be a minister."

It's twitter for God's sake and this is election time where everyone goes back and forth tweeting such nonsense.

If everyone starts to lodge report over such tweets, then the police wouldn't have anything else to do.

Well, Fuziah had been out of the news for quite a while since her Lynas political material dried up when the then Pakatan government decided not to close down that rare earth plant in Gebeng.

I think that's why she lodged the police report over a silly tweet like that just to get a headline least Kuantan people forget about her.

As for pure propaganda, you all can just look at the headlines.

There was one the other day that described Khalid Samad as an urban Malay hero competing against the "money bag" Jo Ghani in Titiwangsa.

Did the editor really have to put the headline like that?

Be more subtle la, at least.

We are getting more and more of this kind of headlines as the election date draws near.

As if, people are going change their mind after reading such blatantly bias reports.

I can understand if an insignificant anonymous blogger choose to write those, but these are accredited journalists writing for proper news organisations.

I guess they never learnt from the past when BN supposedly controlled the media.