Johor will get a DAP MB?

Well, Osman Sapian has resigned as Johor MB without a fight.

It actually reminds me of what my source in Johor told me earlier, which I put in this post,

This one guy told me, Osman Sapian would likely be asked to step down because he appeared to be more loyal to the Johor palace than Putrajaya.He also said Osman will have to resign if he wants to avoid being implicated in an alleged corruption case.

But never mind. I think it's better that way as now Osman doesn't have to suffer anymore.

As I have always insisted, the Johor MB post is very hard to handle, especially now that there is an obvious tussle between the Johor palace and Putrajaya, or to be more exact Dr Mahathir.

Osman is almost 70 anyway. He doesn't need the aggravation.

Anyway, of all the stories about the resignation yesterday, I think this one is the most interesting;

Yup, despite Dr Mahathir saying that the next MB must be from Pribumi Bersatu, the others want the job too.

My sources told me that even DAP wants the job for one of their own.

This guy in particular, 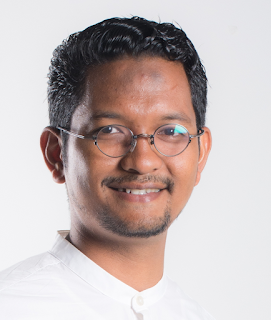 I was told that DAP wants the guy to be the Johor MB as it can help shed its anti-Malay/anti-Islam image. Sort of educating Johoreans, especially the Malays.

It's also a major slap to Umno's face. Johor used to be the tiang seri of the Malay nationalist party. Its birth place some more.

It's not impossible. DAP currently have the most seats in the State assembly among the Pakatan parties with 14, followed by Pribumi Bersatu (11), Amanah (9) and PKR (5). On the opposition side there are 16 from BN (14 from Umno and two from MIC) as well as a single seat belonging to Pas. So, by right, it should be a DAP guy as MB.

And if the Johor palace really want to spite Dr Mahathir, it will actually allow DAP to have it.

After all, as TMJ said, the power to appoint MB is the sole prerogative of the Sultan as stated in the undang-undang tubuh negeri Johor (state constitution).

I'm quite sure TMJ would love to see how Dr Mahathir handles a DAP Johor MB.

The handsome old man may not find it so easy to tell the guy to just step down if he doesn't like him like in the case of Osman.

Anyway, I can't see any bright future for Johor for quite a while yet.

The nonsense will go on.

And the ding dong between Dr Mahathir and Johor palace will continue and whomever is MB will have a tough life balancing those two.

Meanwhile, Johoreans have to bear with things not moving forward until at least the next general election....now that there will not be a snap state election.