When I first started driving, my first choice of fuel was Mobil.

That's because I was a fan of the McLaren F1 team which was sponsored by Mobil.

Back then, I even used its Mobil1 lubricant oil for my car.

My second choice was Petronas as at that time I considered the Suber Petronas team as my second favourite F1 team.

That was until I fell in love with someone who preferred Shell.

Yup, I actually switched to fuelling up at Shell stations for a few years because of that.

Later on, that person switched to Petronas and I followed suit.

I know, it sounds stupid, but that's how I ended up using Petronas fuel till today.

I only go to the others if I can't find a Petronas station.

Makes me feel patriotic too, okay.

After all, its Mercedes AMG Petronas team is the F1 champion for the past several years now. 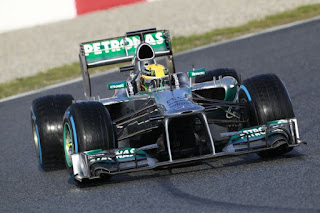 Even though I'm no longer a big fan of F1, it feels good to see the team sponsored by the national oil company doing well.

So, that's the story of my fuel preference.

Today, there was this story,


I think the story by Bernama was weirdly written.

But never mind, this is why the story comes about,

It issued the statement in response to criticism from former Prime Minister Datuk Seri Najib Tun Razak and PAS Deputy President Datuk Tuan Ibrahim Tuan Man on the appointment of Petron Fuel International into the panel of fuel suppliers for government vehicles via its indent cards.

Okay, it's actually because of Mirzan Mahathir's interests in Petron more than anything else.

Honestly, I don't really care about such allegations of nepotism anymore.

I have accepted the fact that Malaysians don't care about it.

That's because PKR, DAP, and Pribumi Bersatu which top leadership include family members are doing well.

So, I'm nowadays fine with it too.

Turns everything into a family business. It doesn't matter.

This is Malaysia Baru, okay.

Well, whatever it is, I think I'll stick with Petronas.

It's Malaysians' after all.

Petron....err, I don't even really know the brand lah.

If I feel like switching one day, I think I'll go to Shell.

Reminds me of those days when I was so in love....hahaha.