Will Apandi accepts RPK's sort of an apology?

Saw this by RPK just now,

The visit by police officers from Bukit Aman

It looks as if it was drafted with an assistance of a lawyer...or maybe a political operative.

The most interesting part of the article is at the fifth paragraph ;

Since I first wrote those three articles many new documents have come in, which throws fresh light on what had earlier been assumed. I pointed this out to the police plus to the fact that even more documents are coming in by the day, which I promised to send to Bukit Aman. And I pointed out to the police that from these new evidences a picture is emerging that the Attorney-General is a victim of name-dropping and it appears he may be innocent after all. Hence I regret any grief that he may have suffered due to the negative perception on the office of the Attorney-General.

It sounds almost like an apology to AG Apandi Ali.

Well, it's up for Apandi to decide whether that satisfies him or he still need to sue RPK "till kingdom come" as he promised.

If I'm Apandi, I would not accept just that as it would be pathetic for me to do so.

The article was not even titled "Apandi, I'm sorry for slandering you. Someone in KL made me do it".

I would then proceed to demand nothing less than a front page apology on all major newspapers in Malaysia and UK by not only RPK but more importantly the people who instructed him to write the offending articles.

On top of that I would also demand RPK to admit that he has no credibility whatsoever,  the way some pro-opposition NGOs forced NST to publish a terribly embarassing half page apology on its page 3 back in November 2013. You can read it at this link


Otherwise, I'll proceed to sue RPK and gang and make them pay me tonnes of pound sterling and gold bars too.

Hey, they simply hantam me what.

But that's me. Apandi may be different.

My guess is that those people behind RPK had told him to really do something to get out of the mess because their gang had bitten more than what they can chew this time.

After all, Apandi had vowed to go all the way to clear his name from the smear that RPK wrote about him, and I don't blame the AG for that as the allegations in those articles were extremely serious.

The allegations basically described Apandi as a corrupt stooge and in cahoot with criminals.

Remember the statutory declaration which among others claimed that DS Rosmah Mansor personally supervised the murder of Mongolian girl Altantuya? That one was really crazy.

That one was when RPK was pro-Pakatan, by the way.

For other samples of RPK's extremely serious allegations, please click on this link,


The others attacked in those articles had just ignored them or rather suffered in silence, but Apandi turned out to be totally different from the rest.

He lashed back with furious anger...like that guy in Pulp Fiction. 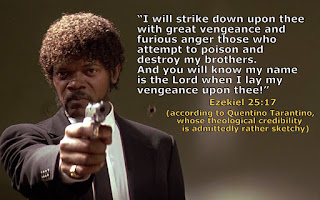 Let's see whether he is now willing to go all the way to fry RPK and the gang....or accept that sort of apology at paragraph 5 of RPK's article today....like a pussy cat. 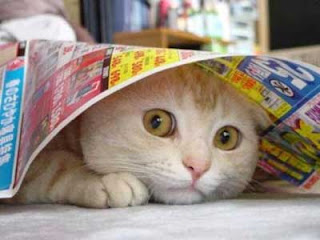 Oh, I actually laughed when I read this part of the article;

In response to the questions from the police as to what motivated me and what was my agenda for writing those articles, I told them my motivation and agenda is to make sure that the DAP-led Pakatan Harapan does not come to power. More importantly, I want to see my home state, Selangor, taken back from the hands of the DAP Chinese and the return of a Malay-Muslim government.

I was like, hey, what that got anything to do with accusing the Attorney-General of Malaysia of being a corrupt stooge and in cahoot with criminals.

As I previously wrote, it's up for PM Najib to keep or throw out those jokers in his circle who instructed RPK to attack Apandi. After all, its not the first time they did these character assassinations nonsense which made Najib himself looks bad.