First, a bit about kiasu,


Kiasu (Chinese: 驚輸; Pe̍h-ōe-jī: kiaⁿ-su) is a Hokkien and Singlish word that means a grasping, selfish attitude.[1]
The term can be translated into English as "afraid to lose out" from 'kia' "afraid" and 'su' "lose". Like many proverbial expressions it can have both positive and negative connotations, but is generally negative, used to refer to someone who thinks of themselves first and is always trying to get ahead in one way or another. The English equivalent would be "overcompetitiveness".

I just took that from Wikipedia, okay.

Kiasu is more or less a Chinese thing.

For me, it's not actually totally bad.

My understanding is that it promotes competitiveness among members of the community.

It's a cultural conditioning.

I tend to believe in the theory that it took root within the community because the Chinese have to be competitive to survive back then in the motherland since ancient time as life was hard due to the wars and famines which ravaged the land from time to time.

That's why the Chinese generally tend to be so focused at what they are doing.

Must do or die, that's what my mother used to say to me when I was young.

Yup, my mother has that kiasu thing too.

Most of the time she is all business-like.

Bottom-line and being result-oriented seem all that matter.

Sometimes I felt that she's so cold and unloving because of that.

And because of that, I'm not really sure why my father loves her so much.

Well, I love my mother too, but the way my father loves her is a bit too much.

Anyway, as I said, it's a Chinese thing, so when it comes to DAP, the kiasu thing was obvious among its leaders and members who are mostly Chinese.

Come on, admit it, okay, the Malays, Indians and others in the party are just tumpang sekaki saja there.

The attitude is central to the workings of the party.

Again, as I said, it's not totally bad because its good to be competitive.

BN put up one poster, I must put up three. Saya tak boleh kalah punya. That sorts of things.

However, the kiasu attitude also makes them think they are always better than others.

They can also never accept that they were wrong because of that attitude.

It' doesn't matter to them even if all the evidences were very clear that they had been proven wrong.

For instance, recently, there was a debate between a Gerakan guy and a DAP's Penang state exco member.

When the DAP exco can't argue back against the Gerakan guy, he started to loudly talk nonsense and along with his supporters behaved like gangsters.

You can read what happened after that here,

Many convinced after debate that DAP is thuggish


They behave like that because they can't take it that they actually lost the debate.

That's because they could never admit that others were right and they were wrong.

Their kiasuness makes them arrogant.

This arrogance sticks to them.

It makes them obnoxious.

That's why when Tun Dr Mahathir Mohamad announced on Thursday that he was setting up a new party, many of his supporters were not happy that it will cooperate with other opposition parties, especially DAP.

They can't stand the DAP people.

I can understand that sentiment.

I know of this former (?) DAP operative who despite had been apparently kicked out of the party and turned against it remains being kiasu, arrogant and obnoxious.

Always wants to win and refuses to admit being in the wrong.

It made me laughed whenever that person tried to spin a pathetic story after being proven wrong.

I don't want to waste my time and energy on that.

It's not my job to layan the idiot.

Whatever it is, personally I don't mind that much about people being kiasu.

I only just can't stand it when they get too arrogant and obnoxious.

Otherwise they are just funny and even cute.

So,  if you feel that you have that kiasu thing inside you, try to manage it, okay.

Try not to end up like those DAP people. 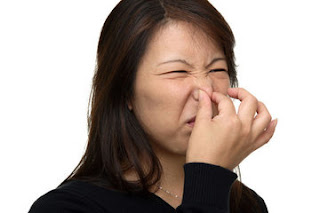