Star Wars lightened up my mood

I have actually been in serious mode ever since MH370 disappeared over a month ago.

I find it hard to get back on the light side of things after the tragedy.

However, when I woke up just now for a fresh new day, I told myself to cheer up and snap out of my sombre mood.

Then I saw this story as reported by the Mole

I understand that the family members of the victims were upset and grieving but to go to such extreme was so unnecessary. The MAS employees were after all there for them.

Hopefully the MAS people are safe and the situation can be resolved when everyone calm down.

Back to my sombre mood, I still think I need to lighten up quite a bit more.

I need to stop thinking about negative thoughts and try to see the silver lining at the fringes of the dark cloud ahead of me.

Like that Johor thing, I don't think myself being concerned too much will make any difference.

The Johoreans themselves don't seem to be too concerned about being conned and robbed. They have been happily going about their usual business.

The Johorean Chinese were conned by Kit Siang and gang during the general election last year while the Johorean Malays were conned by the crooks from among themselves who took over power in the state after that.

Go ahead guys, rob and con the Johoreans all you want. Nobody care, you know.

Okay, after that I would like to watch my second favorite Star Wars movie


Those lightened my mood a bit.

Time to get up for work.

Hmmmm... I wish I can wear this halmet in my office to creep out my bosses 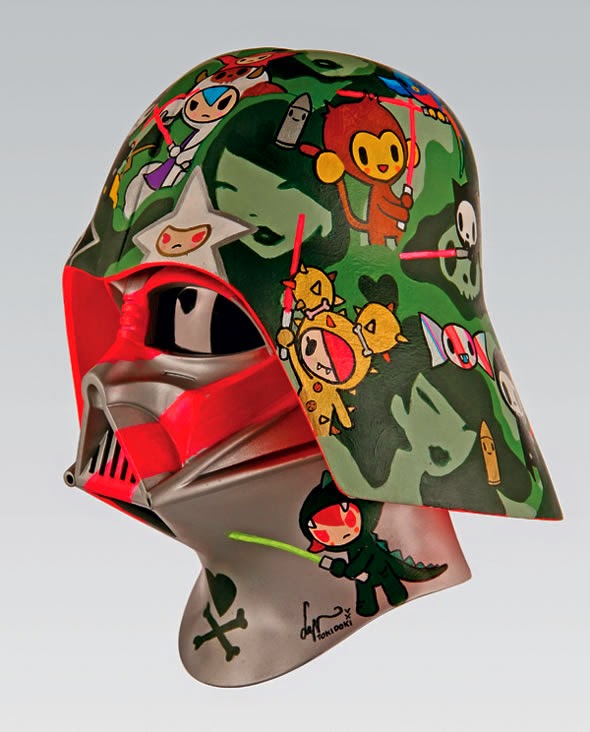