Expend your power in Johor

I've been on the road the past few days and had no time to write at all.

Attended to some private tragedies and other matters.

Anyway, there is nothing really new to update in this blog.

The Johor thing I tried to highlight is a dead end.

I am not going to get any help on it.

I was informed the other day by a friend who works for the mainstream media but close with the top pro-establishment bloggers that no one among them are going to touch on the "Johor thing".

They apparently have also given up on it.

It's too troublesome to handle.

Johor is a gone case, said my friend.

"You better close your eyes too. If the top bloggers, some of whom were more Johorean than you are walking away, then you better walk away too. There is nothing more you can do. If you continue, then you will be just a lonely dog barking at the hill," he added.

Another friend who was part of the team assisting former Johor MB Datuk Abdul Ghani Othman during the defense of Johor in last year's general election said Johor BN will still be in power for another term despite the excesses which are happening there at the moment.

"The overwhelming majority of Johorean Malays are still loyal to Umno. The crooks who are robbing the state know that and are exploiting that loyalty to the maximum. They feel that no matter what they do, the Malays there will still support the establishment in Johor which will enable them to stay in power," he said.

My friend added that the Johorean Malays will only "revolt" when those excesses have become so obvious and begin to directly affect their life.

"Once the people are fed-up and can't take it anymore, then Johor will be like Selangor," he said.

But I guess, those who are robbing Johor now can't be bothered with what will happened seven or eight years from now.

By that time, they will be rich enough to insulate themselves from the fallout of a BN's defeat in Johor.

They may even jump to the other side and get their sins absolved like this former Selangor MB, 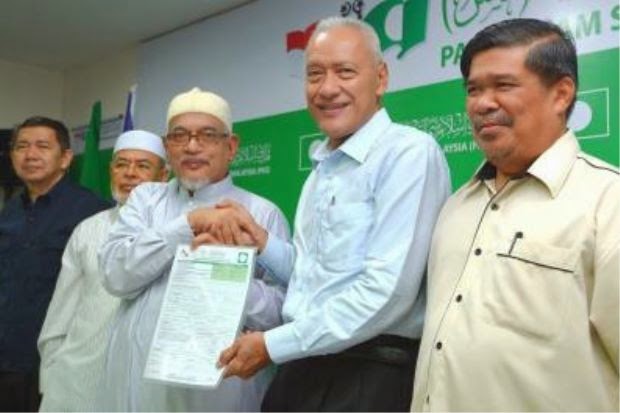 No need to return the loot too. Best deal in the world.

As a Johor exco member was reportedly remarked,

So, be damned with the future of the State. I guessed.

Well, if other Johoreans were not bothered for now, why then should I be so upset about it.

As they keep chanting at the football field during JDT's violence-prone matches,

Okay, need to get up now and go to work.

Have a good day everyone.
Posted by Annie at 07:48