I think that's the most convenient answer for many people these days, especially when things disagreeable to them were laid out properly based on facts.

Well, it's okay. I got those all the time ever since I started blogging on my own almost five years ago.

A very popular pro-BN blogger even accused me of being a paid DAP cybertrooper and went on and on about it for more than a year. Really.

Actually, I do wish I could get paid for my writings. I could do with the extra cash.

I don't see anything wrong to receive payment for writing stuff like that post by Lebai Sudin.

It's just facts. Not lies or even spins.

It's not even political.

Anyway, all those journalists got paid what.

Some even got shares and stuff and became quite wealthy because of what they wrote and their position in newspapers and television stations.

They also got all sorts of titles - Datuk, Datuk Seri, Tan Sri and whatever else.

Everyone needs money to survive, that I understand.

Unfortunately, mine is just an insignificant anonymous blog.

Why would anyone wants to spend money on my writings anyway?

I'm not even clever or popular.

I wrote that many times.

I also never won any literary awards or anything like that.

I definitely don't have Datukship....thank goodness.

And a lot of times I just ramble in this blog about my own nonsense.

I can't even properly figure out things like the 1MDB and forex losses issues. Those gave me headaches, actually.

That's why I mostly stick to things I'm really sure about.

For instance, I don't really write about Sabah or Sarawak because I visited those states only twice each.

I write more about Johor because I'm a Johorean and familiar with things there.

I'm not like some people who can just sit at home reading the Internet and then write as if they know about everything.

I need to go around, meet people and see things before I can write about something.

That's more or less my MO.

Anyway, I have been lazing around these past few days.

Really no mood to write.

I just imagine someone is with me in my room now and write this as if I'm talking to that person.

Most of my posts are actually written like this.

So, Syed Mokhtar wants to sponsor my blog? 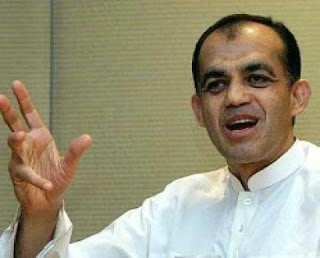 By the way, anyone knows where is Syed Mokhtar these days?

Someone actually asked me that two days ago.

How would I know. Never even met the guy in person.

Eh, enough lah, better you all listen to songs with these girls, ok...