The need for parents of special needs children to be cool

I received this screenshot of an Education Ministry's official letter from a friend earlier this morning,


It basically says the government's allowance for special needs children at schools has been reduced.

And these are screenshots also sent by my friend of a Wassap conversation between parents of a special needs child affected by the matter (the wife is in white, the husband in green), 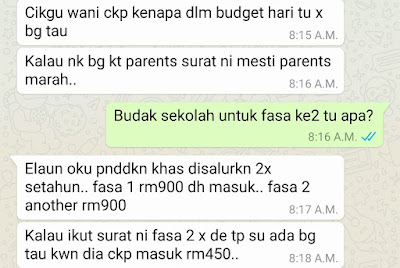 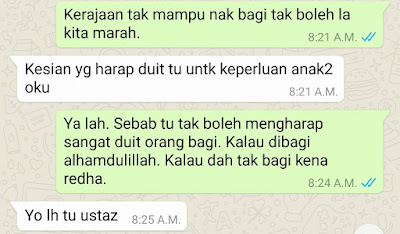 I think the husband was being sensible.

If the government have money, it would probably give more to the special needs children as it always does.

But now it does not have enough money, probably due to the economic woes, it can't be expected to give out as much anymore.

Anyway, the wife was just a bit upset that her husband was being so cool about it.

The couple, who are my friends are the ones I highlighted in this post in April last year,