Chinese, Malays don't hate you, even the Umno ones

I like this story coming out of the ongoing Umno general assembly,

“BN is strong because of the unity among all component parties. You throw away MCA or Gerakan, then how are we going to win the hearts of the Chinese?” asked 58-year-old Saad Abdullah from Kundang.


“These budak-budak muda (young people) think that what the MCA is doing will only cause Malays to hate the Chinese… but if you kick them out of BN wouldn’t that also cause the Chinese to hate us?” argued retired history teacher Maznah Arshad, 60, from Telok Mas, Malacca.
“Who says the Chinese are no good? Remember how they helped BN win the 1999 general election when Umno lost much Malay support?” she recalled.
excerpt 3 :

“I know that most of them (the Chinese) now support the opposition but then again, to go on and on about how MCA is a deadweight to BN is not going to win back their votes,” reasoned 60-year-old fisherman, Hakimi Manzin, of Setiu, Terrengganu.


Yes, not all Umno members or the Malays want to throw the Chinese into the sea.

The ones who want to do that are either Malays who came across some rude Chinese in their life or maybe Chinese themselves who got jilted by their Chinese boyfriend/girlfriend.

It's more a personal thing, than anything else.

Just like when I was accused of these and that including being a paid DAP blogger - that one was a personal thing.

Some people, when they got angry, they got personal and went overboard.

Cannot control their emotion one.

Actually, those DVD sellers are rude to Chinese and Kadazan Dusun too.

As for the Chinese who got dumped by Chinese and because of that wanted to throw the whole race into the sea (or maybe just the longkang)....well, that one I leave it to those handsome MCA young men to do the trick.

Sure can be okay after that one.

DAP guys can also try again if they want :) It's your fault in the first place.

Anyway, as I said, most Malays, including many who are Umno members, are actually sensible people.

They don't hate the Chinese.

So, if you are a Chinese, don't hate them back.

It's not good to hate anyone or any race....even if you got dumped by one of them. 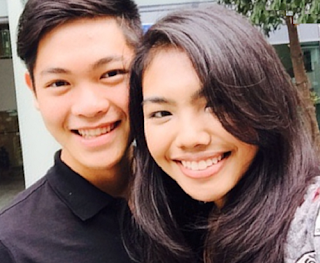