Ever since I started blogging, I identify myself more as a Muslim Malay.

Most DAP cybertroopers who hang out at this blog see me as a Chinese-hating Malay racist.

I even love my Chinese ex despite him being such a bastard.

How can I hate the Chinese when the only one I have ever allowed to.....well never mind....I think you all got my point.

Still, I like the Malay side of myself very much.

Being Malay is unique, because I think there are so few of us in this world as compared to the billions of Chinese.

My ex once told me that his younger sister thought that I'm sort of an exotic girl just because I'm a Malay and dating her brother who is quite a common Ah Beng Ah Seng type.

Well, that's until she found out that I'm as sepet as her and she actually only out-Chinese me because she eats pork while I'm not.

Nonetheless, I made it a point to speak in Malay whenever I was speaking to his elderly parents and in English to his siblings.

They can't speak Mandarin anyway and my Cantonese is rather pathetic.

I quite miss his kind and gentle mother now that I don't go to his family home anymore.

Whatever it is, I was definitely proud of being sort of a Malay.

My Malay hero back then was former Johor Menteri Besar Datuk Abdul Ghani Othman, who is a really good leader and principled man.

Every time someone accused all Malay leaders in Umno as being corrupt, I would point them to Ghani and said that's one Umno Malay leader who is incorruptible.

But these days I find it a bit harder to be proud of being a Malay.

I think the latest Malay role models are less than inspiring.

In fact, most of them are quite dodgy characters.

There is this Red-shirts leader Jamal ikan bakar Sekinchan who was arrested last night in connection with the planned rally at Petaling Street today. 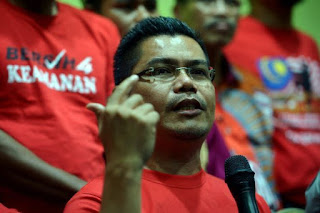 Then of course we have Ibrahim Ali of Perkasa, 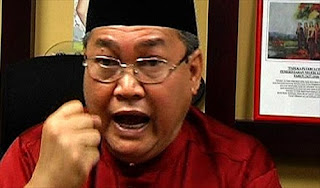 And also this really weird character Rani Kulup of the "kipidap" fame, 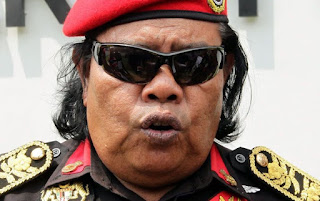 Really not much choice isn't it?

Unless of course if you all don't mind KJ very much.... 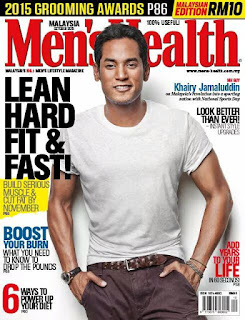 So macho and manly.

I know, a lot of people still can't forgive him for those fourth floor days,,,,but really, who else are there other than KJ? But some of you already branded his father as a liar and traitor to Islam, Malays and Malaysia.

So, if the father is like that then I guess the same goes for the son as their ancestry was even traced all the way back to the traitor Mendeliar Kutty who sold out the Malacca Sultanate to the invading Portuguese in 1511.

Errr....actually, I don't believe such bullshit but you all can read about it here,