About Chinese ladies married to Malays

The haze seems so thick today that I decided to stay at home all day.

I hope the haze will be extra thick on Sept 16 so that the planned Maruah Melayu Rally will have to be cancelled.

Honestly, I'm a bit scared of it now.

My grandmother who is now at my aunt's place in Singapore called and told my mother to stock up canned food and other stuff at home.

Just in case, she said.

My mother said she will do so but hasn't go to the nearby Tesco yet.

I think she's bluffing my grandmother.

After all, she is married to a Malay.

Why should she worry. 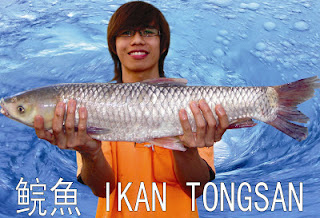 Bersih chairman Maria Chin Abdullah was married to a Malay too.

She got three Malay sons. Well, that's what she said about the status of her boys. I don't think she needs to worry too.

You can read Maria's story at the now defunct portal Nutgraph,


How can Malays hate someone who converted to Islam and marry one of them?

She's nicer and never tried to build a personality cult for herself.

Chinese are not so bad, okay.

They can be irritating sometimes, but most of the time they are quite docile and only care to work hard to do well in this country.

Malays really can be friends with them....even marry them.

See, even our navy boys who are mostly Malays are being friends with Chinese navy boys.


Okay, I'm trying to have a restful Sunday.

My ex even sent me a Wassap message earlier in the morning advising me to do just that.

He doesn't love me anymore, but he still cares.

This is the song I used to sing to him when he still loves me....I still sing it sometimes.


I don't think my ex really understand what I was singing to him about.

He mostly listens to Chinese songs.