I was so happy when I saw this story just now,

The Japanese ambassador to Malaysia Hiroshi Oka in a statement said it was a symbol of close friendship between the two countries.

He said Japan’s Prime Minister Yoshihide Suga had earlier sent a message to Prime Minister Tan Sri Muhyiddin Yassin to say that the vaccine was a token of Japan’s deep friendship with Malaysia.

“Hand in hand with Malaysia, a strategic partner of Japan, let us work together for overcoming the challenges of Covid-19 pandemic.

“I sincerely hope this vaccine donation will contribute to the Covid-19 National Immunisation Programme in Malaysia, protecting people’s lives as well as helping the economic recovery,” his message reads. 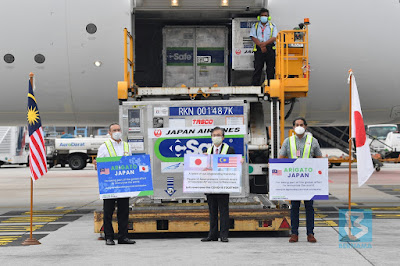 Really, that story made my day, which was almost ruined in the morning by this story,

Speaking during the Chinese Communist Party’s 100th birthday celebration in Beijing today, Xi promised to take over Taiwan, which he considers as a great mission of the party.

“Solving the Taiwan question and realising the complete reunification of the motherland are the unswerving historical tasks of the Chinese Communist Party and the common aspiration of all Chinese people,” he said.

Typical of the communists in Beijing. They want to enslave Taiwan like the rest of China and they said it's the aspiration of the Chinese people.

I hope the democratic Taiwan will remain strong and not be rattled by the rhetorics of the authoritarian rulers in Beijing today. 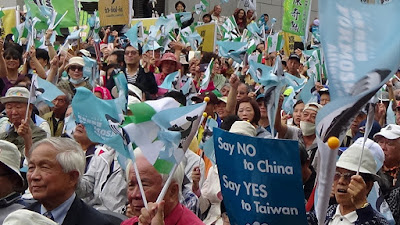 I also hope that most Chinese do realise that communism is not Chinese.

So, for today, thank you to Japan again for helping Malaysia and middle finger again to the communist rulers of Middle Kingdom for threatening Taiwan.