Muhyiddin may stay as PM for two more years

I don't believe the parliament will have its sitting anytime soon despite the mounting pressure on Muhyiddin.

I still think it's only going to be after Aug 1.

Even the state assemblies are going to sit after the Emergency is over.

Muhyiddin will probably just ignore everyone and continue as usual.

In fact I even suspect that he probably told the Agong, Art Harun and others to join the chorus so that people will not be angry with them over the current state of affairs.

He probably told them that he will be solely responsible for parliament not being immediately reconvened.

What can Anwar, Dr Mahathir and the rest of the gang do to him after all, right?

I think he will only tell parliament to sit after he has enough number of MPs to defeat any no confidence motion against him, and that I estimate to be around September or October.

At that time more people will be vaccinated and Covid numbers have dropped to a manageable level.

Yup, I think he can pull that one off.

So far, he has even managed to get some Pakatan MPs to switch sides.

Well, unless I'm wrong and that Muhyiddin already have enough MPs now, he may call the parliament to sit tomorrow.

Really, I don't think he will just roll over and die, letting Anwar to take over.

He surely has learnt the lesson from Najib.

Najib handed over the government to Pakatan without much fuss after GE14 and look what happened to him.

Once you hand over power to your enemies, rightly or wrongly, you'll end up in court and possibly in jail.

So, better hang on to power by any mean whatsoever.

I think that would be the new SOPs for all Malaysian PM.

Well, you all may not like this but I think Muhyiddin will be Malaysian PM until at least the next general election in 2023.

Ya, another two years, okay.

Who knows, most of you may probably change your mind about Muhyiddin by that time. 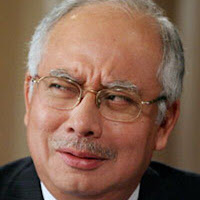 Eh, also remember ya, Muhyiddin is where he is now because you all wanted to change the government back then. You got that, what.

Me, I don't want to care too much anymore.

I think there are a lot of other people like me now.