Stop whacking the guy who created jobs for journalists

If Vinod is a bankrupt (and he's doing so much good for so many people), then what we need is more bankrupts like him

It's a response to an article whacking the guy which was shown to me by a friend earlier today.
Honestly, I didn't know about this Vinod guy until I was told several weeks ago about the setting up of the new news portal called The Vibes. 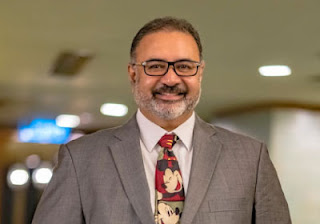 The little that I know about it was that the guy had initially wanted to buy out an established portal but was advised against it.
He was instead persuaded to set up a new portal with the money he intended to use to buy the established one.
He agreed to it because his advisor told him that if he buys an already established portal, then he will most likely has to get rid off some of the staff members, particularly among the journalists.
That would results in more journalists becoming unemployed.
As you all already knew, the country's media industry is not doing very well at the moment with newspapers stopping printing and laying off workers, including journalists.
I heard even the mighty Star Publications is laying off people these days.
In fact, even the great Syed Mokhtar's Media Prima has been throwing people out of the boat for quite a while now.
Considering all that, I once advised a young university student not to follow in her journalist father's footsteps as the prospect of that industry looks grim for I think a good many more years.
The girl ended up studying English instead of journalism.
Well, when the Vinod guy set up The Vibes, instead of laying off journalists, he actually created jobs for them.
So, that's a good one for him.
Anyway, when I was told about that story, I thought this Vinod is actually quite crazy.
Surely nobody really sane would want to spend money on the media at the moment because of the economic situation, brought about by Covid-19.
But this Vinod actually did so.
Don't ask me why, but what he did was good for the country's journalists.
Creating jobs for them at a time like this was indeed amazing.
I was told that The Vibes has quite a big team, a complete news room and with bureaus in Sabah, JB and Penang.
Okay, I have to admit that by looking at the names there, the top editorial staff look collectively a bit pro-Pakatan.
But then, Rocky and  Big Dog are there too. And they are definitely not pro-Pakatan.
Also, I know at least one of their senior reporters who is definitely pro-Umno.
Therefore, maybe it's true that The Vibes is trying to be balanced with its politics.
As of now, I have to say that the portal's coverage has been quite decent and not really siding with either sides of the political divide.
If that holds, then The Vibes could be the best thing that has ever happened to Malaysian journalism for quite a long time.
And to think it's Vinod's  pet project, it's a bit hard for me to agree that the guy is bad.
Hey, at least he's doing something good and positive....unlike some people who only talked and claimed to be God's gift to journalism yet did nothing for the profession except milking it for self interest.
Yea, what's the point of being a Tokoh Wartawan Negara but did nothing for journalism and instead used that position to enrich oneself with sweet deals while wrecking the reputation of the profession by cosying up to the power that be in order to get those benefits.
Journalists' welfare? Hey, did any of the living Tokoh Wartawan Negara has done anything to save the jobs of their fellow journalists, let alone created some for them.
Talks only can  la.
I can talk too, okay.
Well, as per Rocky's posting, this Vinod guy apparently is doing some other good things.
That's rather refreshing during this time when people, especially the rich ones are running for cover, too busy protecting their money.
Based on that, I don't think this Vinod is bad.
Okay, he is close to Anwar. But that's about it. Nobody's perfect.
Hey, if Vinod is actually Lim Guan Eng, I would still give him credit for what he has done so far.
Posted by Annie at 01:27