Report on sabotage is fake


In the report, it was said that Anwar told the FT in an interview that there are "pockets, people who for their own reasons would like to sabotage these arrangements," most likely referring to the agreement within Pakatan Harapan (PH) in which Prime Minister Tun Dr Mahathir Mohamad would step down after a certain period of time and Anwar would succeed him.
At a media conference today however, Anwar denied he had said such things, when asked about the report and whether there was a conspiracy to halt his rise as prime minister.
“I never said that. No fake news will be entertained," Anwar said.

You can read the report by Financial Times which Anwar said is fake here,

But wasn't the interview given by Anwar himself? Has he complained to FT about the fake report? Does FT keeps a recording of the interview?

To know more about this Financial Times, which Anwar said published a fake news about him, please click on this link,

Okay, I know that some of you are too lazy to click on the link, so here are bits of it,


The Financial Times (FT) is an English-language international daily newspaper owned by Nikkei Inc, headquartered in London, with a special emphasis on business and economic news.
The paper was founded in 1888 by James Sheridan and Horatio Bottomley, and merged in 1945 with its closest rival, the Financial News(which had been founded in 1884).

According to the Global Capital Markets Survey, which measures readership habits amongst most senior financial decision makers in the world's largest financial institutions, the Financial Times is considered the most important business read, reaching 36% of the sample population, 11% more than The Wall Street Journal (WSJ), its main rival. The Economist, which was once 50% owned by FT, reaches 32%. FT's The Banker also proved vital reading, reaching 24%. In addition FT was regarded as the most credible publication in reporting financial and economic issues among the Worldwide Professional Investment Community audience.

And this is the Financial Times journalist Anwar accused of writing the fake news. 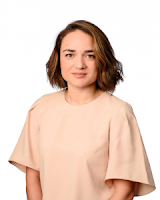 She is the Singapore correspondent of FT, educated at University of Oxford and previously with mtn-i, Global Capital, China-Britain Business Council and The Times.

Looks impressive to me.

Does such a news organisation really churns out fake news?

Well, maybe Anwar was so caught when the reporters asked him about the report right in front of Dr Mahathir and other Pakatan leaders that he needed to deny it.

He did look like a snake trying to wriggle out of a hot frying pan when the question was asked at the press conference.


Personally, I think Dr Mahathir was quietly saying, "Here, try to wriggle out of this one," as he shoved the microphone to the fidgeting Anwar.
Posted by Annie at 11:59