Not so fresh Ong Kian Ming versus Old School guys

The nation is awaiting the line-up of big fights for the upcoming general election.

For now, let us reflect on this fascinating matchup the last time around, May 5 2013, of one particular contest that did not receive prominent coverage.

The Serdang parliamentary contest then, threw up all the footages, backdrop and personalities fit for a classic.

To appreciate its classic nature, let's return to 1969.

One, Yap Pian Hon was serving in the backrooms of an old clan association, the Yap's, founded way back in 1892. 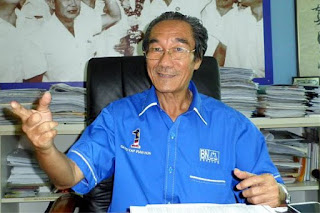 He was plucked by the DAP to contest the Serdang state seat.

He won; only to cross over to the MCA five years later. He kept winning the local constituency, serving as a state Assemblyman, Selangor Exco member, and subsequently as a parliamentarian and sensationally as an "independent" vice president of MCA.

Dato Yap Pian Hon went on to retain his VP post despite not being honoured with a Cabinet nomination by his party.

In 2013, when the parliamentary seat was already known as Serdang, Yap Pian Hon contested against a wannabe, Ong Kian Ming, who chose a pathway diametrically opposite to Yap's. 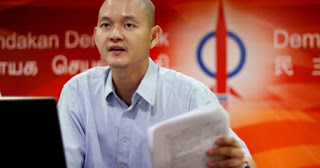 Ong Kian Ming arrived in Serdang via the think-tank/consultancy/PhD route.

Caught in another wave of political Tsunami, Yap Pian Hon was defeated.

Yap Pian Hon stayed on in his turf, Seri Kembangan, where he had in the mid 1990s raised funds to build a neighbourhood MCA building. He still operates out of the building which has effectively obscured the Serdang MCA Division. The divisional operations,  it seems, have slipped comfortably into the role of a defeated outcast.

Yap Pian Hon does his own paper cuttings and is active on Facebook. He straddles old and new territories.

In fact,  he  has consolidated his NGO grounding, heading a coalition of about 30 local NGOs.

The national media is cordially invited to speak to individual NGOs to have a sense of the mood on the ground.

The national political conversation tends to   ignore grassroots topics. We hope this will change.

Telltale signs are there. The media, the other day, visited Yap Pian Hon at his service centre, highlighting some of the bread-and-butter issues in Seri Kembangan.

Ong Kian Ming, meanwhile, may have developed a reputation as an enviromentalist but some urgent envinromental issues in Seri Kembangan have apparently been ignored.

Ong Kian Ming comes across as an  ideologue, someone routinely sought for quotes by the media, and a feature in panel discussions.

Is he at the same time, a hands-one wakil rakyat?

He has not articulated his thoughts on Seri Kembangan regressing into a slum, "recycling" centres popping up in residential areas messing  up the neighbourhood, and new traffic dispersal project that has added to traffic woes.

Are the Ong Kian Mings of the world doggedly preoccupied in chasing fashionable issues that will burnish their credentials at the national level?

Yap Pian Hon, now 74, is ready for another round of strenuous campaigning. He may contest the State seat of Seri Kembangan rather than the Puchong parliamentary seat. Serdang is no more under the redelineation exercise.

If Ong Kian Ming defends his seat, he will still come up against the grandee Yap Pian Hon on campaign rounds in Seri Kembangan.

Is he contesting in Puchong or will he seek a safer seat like Kepong? Like Yap Pian Hon, the incumbent Kepong parliamentarian, Dr Tan Seng Giaw is an independent-minded operator. He has declared his intention to defend his seat. 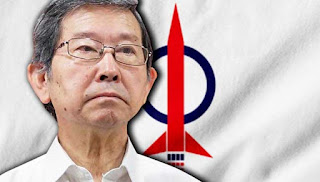 Ong Kian Ming may be adept at theorising politics. He must now demonstrate his fighting qualities.

He should, uppermost, contest the notion that he has neglected his constituency.

At 42, Ong Kian Ming must have been devastated by the new awakening.

He has ceased to be youthful and two prized fighters may just take him on - Yap Pian Hon in Seri Kembangan and Dr Tan Seng Giaw in Kepong.
Posted by Annie at 13:00