On the tahfiz tragedy twist

Latest report on the tahfiz tragedy ;


“They comprised school leavers and dropouts living around Datuk Keramat area,” he said.
He said all of them have been remanded for seven days from today and investigations would be done under Section 302 of the Penal Code for murder and Section 435 for mischief by fire.
Amar Singh said six of the youths were tested positive for drugs and two had previous criminal records for rioting and vehicle theft.
Looks like the whole tragedy has taken quite a dramatic twist.

Honestly, I'm quite lost for words.

So many questions now in my head.

What were the kids thinking when they did it?

Was it because of the drugs they took?

What had the tahfiz students said to them that made them did it?

Did they really mean to kill those other kids?

Whatever it is, for me, this is a sign that something is really wrong with our society.

I feel that collectively, we failed to raise our kids properly that some of them ended up doing what those kids did.

Yes, I believe that we are all at fault on this.

I know, most of you all probably disagree with that, thinking, what does it got anything to do with the rest of us.

Well, I'm talking about us as a society.

We, as a whole, failed on this one.

Those kids, who died and those who allegedly caused their death shouldn't end up like that if we are a better society.

We need to be a society with better values if we don't want this sorts of tragedy to happen again.

As for those arrested kids, if they are indeed guilty of the crime, then I hope our justice system will be just with them.

Hang them all? No, I don't believe that 's the solution.

These are kids, after all.

Remember, we are also to be blamed as a society which produced such kids.

We need to do better than that, and learn from this tragedy.

For one thing, we need to do more for our youths so that this country may have a better future. 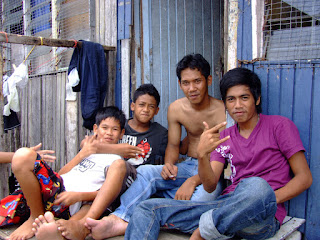 Anyway, despite this latest development, I still stand on what I wrote about.