Get it over and done with

So, according to this Bernama report, PM DS Najib Razak said,

That means we can have the general election early.

Yup, let's get it over and done with.

I think everyone is itchy to settle things early too.

Most are probably tired of the endless bitching by both sides.

May as well quickly settle the whole damned nonsense.

If BN wins, then Najib can have another term at the top and everyone can stop with all those allegations against him. After all the rakyat are the ones who would have decided on it.

If Pakatan wins....well, they can do whatever hell they want too.

It's only fair what.

I think the best time for Najib to call for the early general election is just after Sea Games in September.

At first I thought it should be in November after the tabling of next year's budget in parliament, but that budget may not be nice enough to help with winning the election.

Just get it done with minimal fuss.

I want to proceed after that with doing more beneficial things without having to be bothered by all those political bitching.

Whatever it is, compared to the run-up of the last general election, I think this time things are much slower.

I believe the BN's readiness for polls, as said by Najib, is not as great as back then before the general election in 2013.

The Pakatan's one appears the same to me.

Less enthusiasm on both sides of the ground.

Maybe it's true....everyone is tired.

Writing only just little bits and pieces these days....like this post.

Why bother writing long posts and tiring people to read them, right? 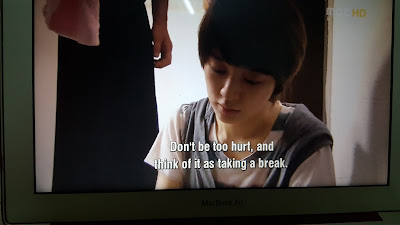 And here's a nice sad song for what seems to be a nice Saturday,