Umno will not survive a civil war

I have not been writing the past four days as I'm quite fed up with the worsening fight between the people of DS Najib Razak and those who oppose them from among pro-establishment supporters.

I was eating at a nasi kandar restaurant earlier in the evening when I saw the TV3's report that opposition leader DS Anwar Ibrahim was offering "proof" of wrong doings allegedly committed by former finance minister Tun Daim Zainuddin. 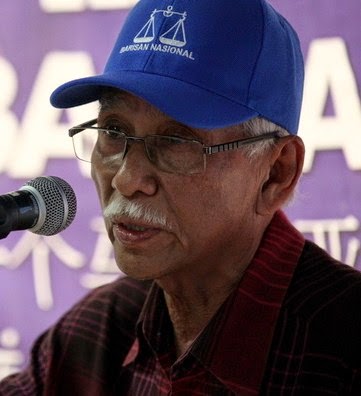 I find the whole thing as being so stupid.

TV3 and other mainstream media outlets have been going on and on about this for quite a while now.

That was not only stupid, but also disgusting.

Who is Puad to attack Dr Mahathir?

I don't even want to dirty my blog by putting the link to that story here.

Anyway, Dr Mahathir had replied to the attack in his blog,

If you want to know what I think of Puad and those who use him to issue such statements, read here,

Najib's people need to be smarter

For me, these are all so time and energy wasting.

Umno will in the end tear itself apart if this continues.

I don't think the party will survive the next general election (which is just less than three years from now), if Najib, as Umno president does not step in now and ends the fight.

Umno is no longer as strong as it used to be, to survive such an internal fight.

Nonetheless, my prediction is that, if both sides decide to go all the way and fight till the bitter end, Najib's forces will eventually win due to their control of many party divisions and the warlords.

But BN will definitely lose the next general election.

Umno will lose the crucial support of middle ground Malays who previously were with the establishment.

This group, I am sure will side with Dr Mahathir's forces.

They will get so disgusted with Umno, that even their dislike of Pakatan will not make them want to vote for BN ever again.

This was the same thing which sealed the fate of the Pak Lah's administration.

I am praying it will not come to that, but all indications are pointing that way.

The latest I heard was that there will be a reshuffle of personnel at the PMO with some good and loyal Najib people, who have been serving the PM for years to be ousted.

A new set of guys was said to be coming in to take up the important posts to be vacated by the good guys.

These new guys, I was told, are the ones behind the latest attacks against Najib's critiques such as Dr Mahathir and Daim.

Hopefully I got it wrong because if it's true, then Umno's fate is likely sealed.

Meanwhile, my suggestion for Najib to clean up the Umno headquarters as I wrote here....

My sources indicated that this posting by Shahbudin's blog was accurate,

Well, so much for all those talks about meremajakan dan membersihkan Umno.