Alhamdulillah, the worst seems over

The only areas still on alert are those along Sungai Pahang, namely Temerloh, Maran and Pekan.

Water coming down from upstream is delaying the closure of relief centers there.

I however don't expect the flood to worsen though.

The authorities had done well to deepen the estuary of the river, enabling water to flow out to sea rather smoothly instead of inundating areas along its banks too badly.

Hopefully, the over 45,000 evacuees still at relief centers, particularly in those areas in Pahang will get to go home within the next two or three days.

The East Coast Expressway which had been mostly closed since a few days ago had been fully opened at midnight just now.

I believe the worst is over.

It was indeed a terrible flood but all things considered, thanks to Allah that the number of fatalities was relatively low.

As pointed out by someone to me, even the stampede at the Bund in Shanghai on New Year Day caused more deaths than the worst floods in our country in 30 years.

Kudos to all who were involved in the rescue and relief operations.

Special salute to our men and women in uniform who risked their life to ensure the safety of the flood victims and relatively smooth delivery of relief supplies to them.

I will rest a bit before going back to KL.

I am glad that I did manage to do some good here this time.

The most satisfying was when I successfully got some help from the authorities for a group of flood evacuees who were stranded at a place which was not designated as a flood relief centre.

They were there without any help from the authorities for almost a week before I met them.

For the record, it was not really the fault of the authorities. The group of flood victims were overlooked because of the place they had sought refuge.

I can't tell the details here though as it will blow my cover.

I also want to record here my special appreciation to Tengku Mahkota of Pahang, Tengku Abdullah Sultan Ahmad Shah for his efforts to help the flood victims in his state. 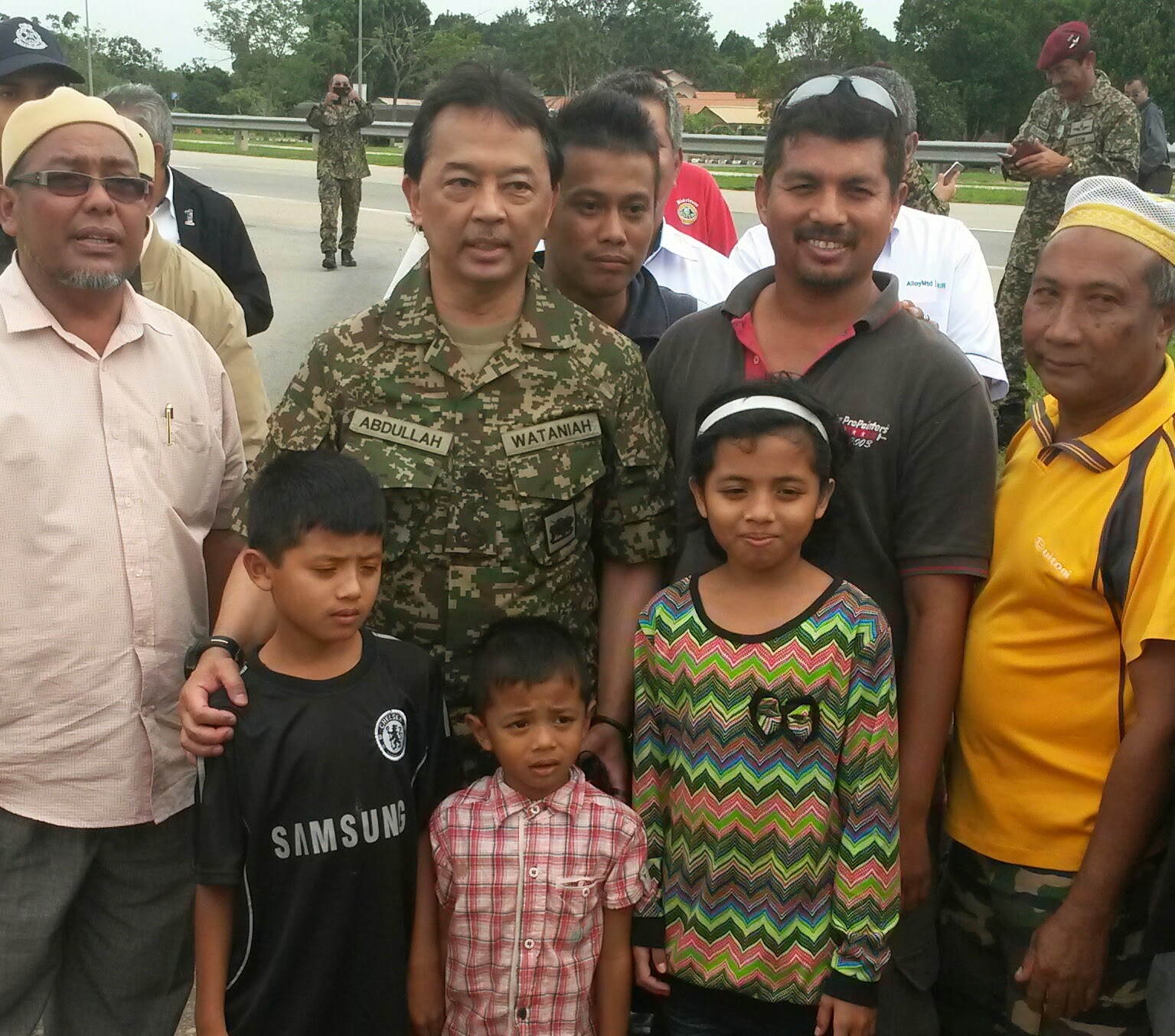 I was fortunate to bump into him during one of his daily rounds to check on the flood victims and was impressed by the way he carries himself and the real help he gave to the flood victims.

My hope now is for the recovery process to go smoothly and continuos assistance be given to the victims till their life return back to normal.
Posted by Annie at 01:29