Chinese, can you all sympathize with Najib?

Someone forwarded me this article in a pro-Pakatan publication,

Another year of hope or despair?

Actually, I didn't find anything remarkable about the article.

It's the usual whining about how this country is going down the drain under the present establishment.

I think the whole length of the article was only meant to ask these questions in the last paragraph,

Central to the Bumiputra agenda are four measures: increasing equity ownership of Bumiputras; strengthening Bumiputra entrepreneurship; financing Bumiputra SMEs; developing Bumiputra human capital. So, where do non-Bumiputras figure in the “people economy”? Where do the 23% Chinese and 7% Indians go from here as we start the new year – a year of hope or just another year of alienating Bumiputras from non-Bumipuras, and pitting Muslims against Christians?

It's actually a reminder to non-Bumiputera of the alleged unfairness of the BN government to them.

The writer is basically telling them that,

- the government doesn't care whether the non-Bumiputra have a place in the "people economy".

- the government is alienating the non-Bumiputera.

- the government is against Christians by pitting the Muslims against them.

Of course the writer wrote all these accusations accompanied by question marks to mask his real intent, that is to instigate the non-Bumiputera against the BN government (or to be more exact, the Malays represented by Umno).

It's the usual DAP's tactic of casting the stone first and then hiding the hand as they play the racial card of hate politics.

It's the same tactics used by DAP sec-general Lim Guan Eng when he told the Chinese that they are the second, third, fourth and fifth class citizens.

It's the same tactics which triggered the Chinese tsunami of May 2013.

Once the other side retaliates, they will turn around and accuse them of being racists, extremists etc.

Seriously, do you think the government will not help the Chinese and Indians if they are lagging behind the Bumiputera?

Are the BN government and Umno evil people feeding the Christians to the lions?

Are the Christians the worst off among the minority groups?

The Bumiputera is still the poorest among the ethnic groups in this country.

Yes, overall, they are still lagging behind even the Indians.

Was the government supposed to ignore the needs of the Malays and other Bumiputera whilst they are the ones who form the core support of BN?

Can you all imagine what would happened if the government just do that to further please the more economically advanced Chinese?

PM DS Najib Razak is actually being accused of trying too hard to please the Chinese.

Despite all the pro-Bumiputera policies that he initiated of late, he is still being accused of pandering too much to the Chinese. 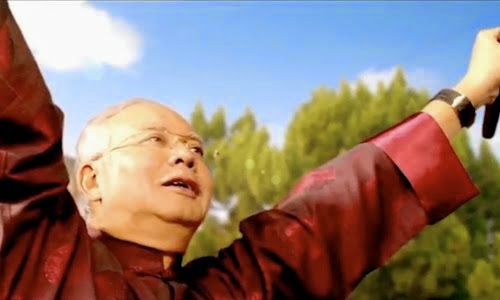 In fact, the rebellion against him is building up within his own party, thanks largely due to his moderate approach and accommodating attitude for the needs of all races, including the Chinese.

Do the Chinese realize this?

Do they feel any sympathy for the beleaguered Najib who has been trying so hard to give them what they want?

Based on what happened during the 13th general election in 2013, I don't think they care much for Najib.

I think they rather spat on him again.

They had spat on him and other moderate Malay Umno leaders on that fateful May 5 2013.

They prefer the Pas people, because they thought it's more beneficial to support the DAP's Islamist ally for their community's interests.

Now they are crying foul when especially Malays talk about the need for themselves to unite for their community's interests and become more Islamic to strengthen their resolves.

They are now clamoring for the Malays to uphold moderate values.

Of course, they do not say the same about themselves.

To them the only fanatics, extremists, and racists in this country are the Malays.

The Chinese are all moderates.

That include second class citizen Lim Guan Eng despite him being the one who pour petrol over the fire of the kalimah Allah issue with his Christmas message of 2012.

That, just so that the Christians of Sabah and Sarawak are to side with his party.

Anyway, I don't think that the BN government has ever taken away anything that belong to the Chinese to enrich the Malays.

Definitely not, under Najib's leadership.

That was what the MCA had ensured.

The Chinese are still the richest ethnic group in this country despite the BN government's policy of helping the Bumiputera more.

I believe they will remain so, as long as this country still exist.