Guan Eng could be K-drama star too

It looks like the calls for Zaid Hamidi to be included in Anwar's unity Cabinet is gaining traction.

As I put it in my last post, many Chinese who used to whack the Umno president of being an evil corrupted crook have repented.

They even see him as handsome as a K-pop idol now.

Several Umno leaders have already openly said they wanted Zahid to be the DPM.

I don't care even if Zahid becomes the PM.

It's not going to affect my life by much.

After all, the guy has saved Malaysia from Pas' Islamic conservatism that day.

It's only right for Anwar and like minded Malaysians to reward him with their trust.

I think those in Pakatan who are still against Zahid are those who are suffering from pre-GE15 Umno whacking hang over.

Guys, just lick back that spit of yours and accept the reality of this unity government.

Many Umno people are forcing themselves to do the same too, okay.

Do it for the sake of the country.

We are facing a global recession and for that we need this unity government to work.

If it collapses, we all are going to suffer.

Swallow your pride, at least until the recession is over.

On the plus side, if Zahid becomes DPM, you all can have Guan Eng and Syed Sadiq in the Cabinet too.

One thing I know is that Zahid and Guan Eng actually loves one another very much since way back then. 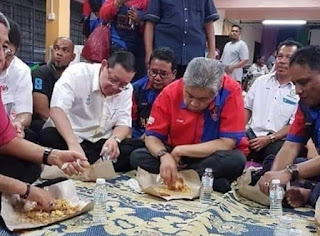 See, those two can work together.

Anwar already said "one is innocent until proven guilty".

Proven guilty also can be pardoned what.

All those fiery accusations before the election are just political talks lah.

Anyway, if you all make the effort to edit Guan Eng's picture like they did to Zahid's picture, that once handsomest Chinese guy in Malaysia could look like a K-drama star too.

I think he would look like Park Yoonchun of the Rooftop Prince fame. 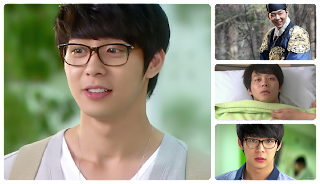