I was actually not sure whether to laugh or....laugh very loudly, as I look at the reactions of the Pakatan people who still believe that they have not yet lost and Dr Mahathir was still on their side.

Those images of Guan Eng, Mat Sabu and others begging and crying for Dr Mahathir to save them were hilarious.

Were they in denial or just plain stupid?

Did they really believe that Dr Mahathir has noting to do with the collapse of the Pakatan's government?

What's wrong with these people lah?

The handsome old man must be sniggering when he watched all those statements by Pakatan leaders calling for him to be reinstated as PM.

That''s despite just on Friday, during the Pakatan presidential council meeting, they were pressuring him to step down.

Well, Dr Mahathir didn't need them for all that.

He got the Agong to make him PM again just hours after resigning yesterday afternoon.

The important thing is that DR MAHATHIR IS STILL IN CHARGE. 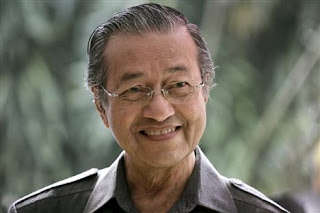 Now he can do whatever he chooses as he's no longer tied to his promises to Pakatan.

Just wait for who will be appointed to his interim premiership team. Surely Dr Mahathir can't run the country alone, even for the next few days.

And of course a new coalition government will be officially set up  at the start of the next parliament sitting next month.

The way I counted it, DAP and Anwar only have 92 MPs left which is definitely not enough.

Really, it's game over.

Oh, and this was the final blow yesterday,

Okay, if they still want to remain deluded, that's up to them.

I need to get up now and get ready for work.