I believe most of you all should know by now about Parasite, that Korean movie which won multiple major titles at the recent Academy Awards.

I watched it last night.

It's a good movie.

It was touted as a social critique movie but the way I see it, the story is a black comedy with very depressing ending.

Very much like the story of our Pakatan Harapan government, actually.

It started with a contrasting look at the rich and poor families and their struggles.Very idealistic and all.

Then it became more of a comedy as the poor tried to get better by whatever means necessary, including lies to get what they wanted. Much like what Pakatan did, right?

And then there was that brief sense of elation when they got what they wanted before things turned horribly wrong as it always does when we try to get what we want the wrong way.

Yup, exactly the same as our Pakatan story.

Lied all the way to victory and now the people realised the con.

Things are bad now after the jubilation of winning GE14 almost two years ago.

They are fighting among themselves and the government is in horrid shape.

Just yesterday, they let off a bunch of terrorist sympathizers because the LTTE fanboys are from their gang.

There are no doubt now about the selective prosecution being practiced by the AG's Chamber.

Before this, all their gang had their charges dropped too, including that Guan Eng's corruption case.

And as for you all the normal people out there, just look at this story today,

Well, I can go on and on about Pakatan as there were tonnes I could bitch about, but why should I bore you all with it.

As if you all don't know how fucked up it is already.

Back to the movie, my favourite is Park So-dam, who plays Kim Ki-jung or Jessica, the daughter of the poor family. 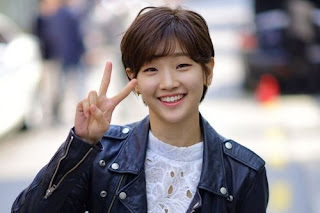 She's brilliant, especially in the scene where she went for the interview to be the art tutor for the son of the rich family. I love her in that scene.

The other casts were quite good too.

The story is a bit too fantastical to be truly believable but then again in this age of people getting hooked on superhero movies, I guess I have to accept the Parasite's plot as it is.

Well, as I said above, Parasite is a good movie and I enjoyed watching it.

However, I don't think I want to watch it for a second time.

It's because the ending is so disturbing that it made me quite depressed.

Why should I want to get myself depressed for the second time over the same thing, right?

Again, it's very much the same as our Pakatan Harapan story - it started with ideals, then turned into a comedy and now it's just plain depressing.