Yes, that's the way it should be because ours is a constitutional monarchy.

Anyway, I always like Sultan of Selangor since back then. 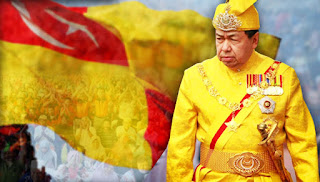 Okay, he may not be perfect but I think he tried his best for his rakyat.

If he says he loves his rakyat, I would have believed him.

One thing for sure, I'm not aware of him taking advantage of his people in anyway.

For me, that's good enough.

Well, that's actually my only message for today.

Can't write much on GE14 for now because I'm still not on the ground yet.

Things are getting exciting, I guess.

Others were lucky because they got to see how things actually were and therefore could write properly about it.

Me, for now I have to agak-agak only.

You can read what I write but I don't blame you if you don't really believe what I wrote.

At least that's for now.

So, it's better for you all to read more of those written by the ones on the ground and see things for themselves.

I hope to go down to JB later.

For one thing, I have not yet decided whether to vote for Jazlan or Salahuddin in Pulai.

Want to see them in action on the ground first.