End game - not the land but KLVC project

Felda Sets Up Committee For Negotiations With SPSB


Guess Felda chairman TS Shahrir Abdul Samad now wants a better deal for the KLVC project....whatever that would be.

According to the statement, the committee was chaired by member of the board of directors of Felda Datuk Dr Yusof Ismail who represented the Finance Ministry, another Felda board member Datuk Nik Azman Nik Abdul Majid who represented the Prime Minister's Department (JPM), Felda general maanger Datuk Ab Ghani Mohd Ali and Datuk Zainal Abidin Abu Hassan as a JPM representative."Felda will also request the government to appoint a representative from the Public Private Partnership (UKAS), JPM in the committee.

The committee members are basically PMO and MOF people.

Well, who can argue with them la.

I'm quite sure Shahrir (and whomever are with him on this) will get what he (or they) wants with the KLVC project. 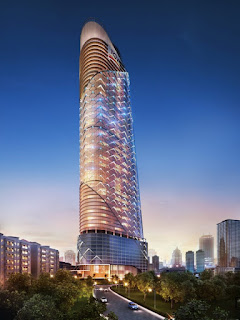 Well, back then Shahrir said,

Felda only wants its land back


He had insisted that he was only concerned about the land transfer and not the KLVC project and that the two were different issues.

Anyway, I actually don't really care who get what in this issue.

After all, as I wrote at the start of this nonsense,


Let them quarrel over it, and may they choke on the money coming out of the project if they don't deserve it.

Actually, I was just a little bit pissed only because they made so much noise over it that the whole thing became an issue and people got all riled up over it.

I only wish Shahrir had formed this Special Committee earlier, much earlier. We know for a fact that the developer had offered to "return" the "lost" land to him sometime last year, long before Berita Harian's Dec 21 sensational piece. That would have been a good time for Shahrir as the still relatively new Felda chairman  to set up such a committee to discuss, diplomatically, new terms with the developer.

Yes Shahrir, why can't you settle this issue nicely like that?

You really think those editors can keep their mouth shut about who ordered them to run the story?

The whole nonsense was so unnecessary.

Okay, the settlers will be very happy with this and vote for BN. They will forget about all the nonsense.