The guy who asked me to read the interview described these Malay Proton dealers as tongkat-loving privileged Melayus.

I can't help but to agree with him.

They basically refused to upgrade their dealership and tried to use their bumiputera status to get away with it.

I even detected a hint of political blackmail.

And let me put it as it is, the whole interview reeks of racism.

Instead of addressing their own shortcomings, they accused the Proton management, which is now headed by a Chinese, of demanding the dealership upgrade to kill off their business and giving it to non-bumiputera.

It was malicious of them to go to Utusan to make this accusation.

It's clearly an attempt to rile up Malay sentiments in their favour.

If their complaints were genuine, they should have taken those to the Proton management and discuss the matter properly.

After all, Proton has helped them with their business all these years.

For how long more do they want to invoke their bumiputera status for these sorts of things in business.

And these Malay dealers, are they poor that they are complaining about not having the money to upgrade their dealership?

Are they living in squatter houses, or big bunglows?

The one interviewed is a Datuk.

Are you poor Datuk?

What have you done with the profit of selling Proton cars all these years?

How much did you put aside for future investments of the business?

Or did you spent it all untuk berpoya-poya?

Now that Proton wants you to put some money into the business so that you all can develop your business together, you are pleading poverty.

On top of that you are accusing Proton of racism, while the actual fact is that, you are the ones who are racists.

Hey, how did these Melayu were choosen to become Proton dealers in the first place?

Or are they genuine businessmen?

And all these years they were riding the gravy train on their bumiputera ticket.

Never mind that Proton suffered all sorts of shit the whole while. They never said anything.

Now that there is light at the end of the dark Proton tunnel, they are making noises about their bumiputera status again.

What a bunch of jerks.

Hoi, enough la. You all are embarrassing the entire Malay race la.

Don't these people know that the Geely Chinese are the only ones who were actually willing to put up with these sorts of nonsense which comes with Proton. 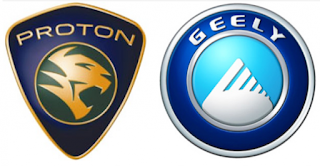 The first choice of Proton partnership was actually the Japanese. And they surrendered straight away when they found out that they have to deal with such bullshit.

The French were even worse. They wanted the whole deal to go their way and they definitely couldn't care less about all these bumiputera thing.

I really don't get it why these Melayu became Proton dealers in the first place.

Don't they have the capacity to think?

If Geely didn't come in that day, Proton would have to be eventually shut down anyway.

Now that they are in there, they have to fix it.

No more all these pampering and tolerating nonsense.

No more lepaking around and enjoying the profit without thinking of saving some for the future.

If you can't, then close shop and balik kampung, okay.

I'm quite sure there are other more capable Malays that Proton can appoint as their dealers.

Enough of these embarrassing Malays, okay.

By the way, this is Proton's response to those complaining Melayu dealers;

Proton dealers told to upgrade outlets for a better future