I know la you powerful, but please don't simply park your car like this

This picture was taken and sent to me just about an hour ago, 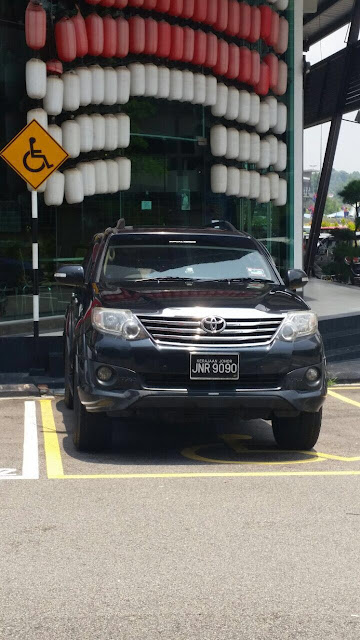 It's near the Akafuji Japanese Restaurant at Nong Chik Riverside, Johor Baru.

The following is my Wassap conversation with the person who sent me the picture :

Well, who ever is the driver, he/she should be more sensitive about these sorts of things.

Even more so if it's a government's car like in this case.

In the age of social media, this is very important, okay.