It has always been my opinion that Lim Guan Eng is a childish daddy's brat of Lim Kit Siang.

Now he provided me with a clear cut evidence.

This is his tweet which I can only describe as extremely childish,

"@mpkotabelud wah! scared oh, u wanna sue me? I am shaking all over...By the way, when are you filing suit? can't wait to prove the truth 'jgn buat omong2 kosong'

Bear in mind that it's a tweet by the Chief Minister of Penang and not one of those low class DAP macai cybertroopers hanging out at this blog.

It was in response to Urban Wellbeing, Housing and Local Government Minister Datuk Abdul Rahman Dahalan, who had earlier threatened to sue Guan Eng for accusing him of being a bigot.

"Tell him to apologise and not support the burning of Bibles first!"

Guan Eng had accused Rahman of supporting the burning of Bibles when Rahman wrote about national unity on his Facebook wall.

Anyway, Rahman had described Guan Eng's behavior as "crass politics" and will proceed with the legal action.

Personally, I have had enough of the likes of Guan Eng and the other Chinese nerds put up by their community as leaders.

The other nerds include those such as Tony Pua, and Tian Chua.

Then there are the gangster type like the Ngah and Ngeh cousins of Perak.

Guan Eng being the nerd that he is, tried to be a gangster too and ended up looking like this, 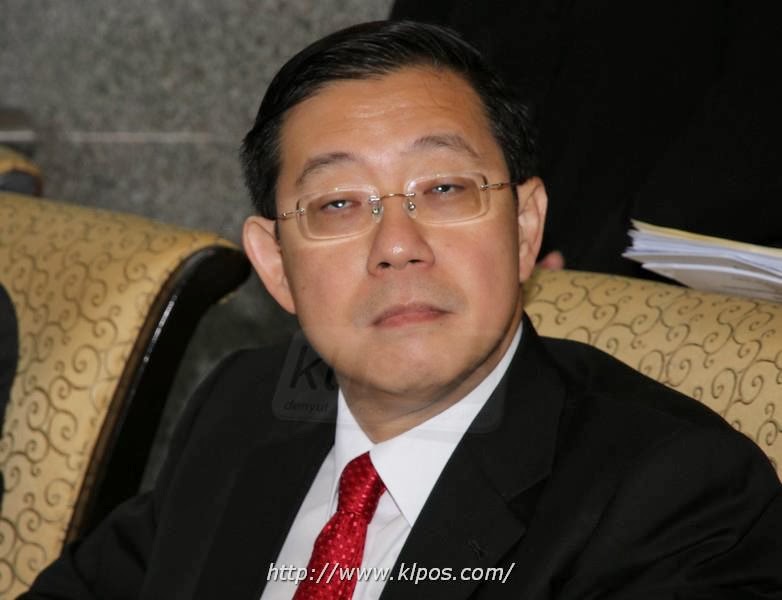 I really don't understand why can't the Chinese get better leaders to follow? At least, someone with a better face than that.

Or someone who doesn't throw tantrum whenever he can't get what he wants or put in front of his name the CM (chief minister) title all the time and even makes his wife calls him that.

It's not cool at all la Guan Eng.

In fact, it makes you sound and look like a megalomaniac.

What? You got extra pleasure when someone calls you "CM darling" in the heat of the moment?

Really, the Chinese community should seriously consider getting more cool and better behaved leaders.
Posted by Annie at 05:49