I'm driving off for CNY celebrations after work today.

Hopefully it's not too jammed on the highway.

Been terribly busy at work the past two days. No time to sit down and properly write.

You all probably have read the whole of Anwar Ibrahim's Kajang nonsense by now and I therefore don't have to add more to what you all have already know.

I just hope that all of us to be rationale about the whole thing and ask ourselves : Is this the kind of man we should have as the PM of Malaysia?

Seriously, do you think this country will be better under the leadership of someone like Anwar?

I don't think so. I will always remember how he screwed up as DPM and Finance minister.

On why Anwar wants to have this Kajang by-election, maybe we should read the opinion of this young Chinese guy to get into the political spirit of the Chinese New Year 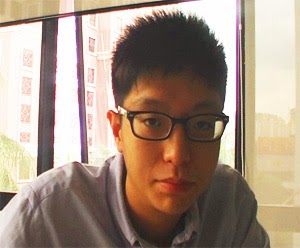 There must be a method to Anwar's 'madness'

Najib has meanwhile said his Cabinet is willing to talk with Anwar on reconciliation.

Okay, I was against even talking to Anwar. He and his gang are the ones who started the mess of the kalimah "Allah" issue and other racially and religiously sensitive stuff.

But Najib now seems willing to talk. Well, he is the prime minister and that's his prerogative.

At least, he said there will be no such thing as talking about setting up a unity government. That I really cannot support.

To just talk and taking suggestions for Malaysians' good as a responsible government is okay then, I guess.

Najib had after all talked about reconciliation way back when BN was still reeling from the Chinese tsunami of 13th General Election.

He has always been a moderate and looks like he will not change the way he is despite urgings from the Umno right wing for him to do so.

Whatever being said about Najib, the guy is at least consistent with his stand as he believes in it and wants it implemented despite the risk of becoming unpopular even among Umno people, particularly those from the right wing.

I'm quite sure that you can't say the same about Anwar.

Anwar would be willing to say one thing and do something different if it means he will become more popular.

I am very sure he wouldn't care about such reconciliation talks if he is the one on the other end of the table with the power in his hands.

That's I think is the real difference between Anwar and Najib.
Posted by Annie at 12:49