Rafizi said Pakatan can get the 30 per cent of Malays' votes that it needs to win GE15.

He told PKR election workers in Bandar Tun Razak in Cheras today that the Malays are swinging back to supporting Pakatan ever since the BN's victories in Melaka and Johor.

So, all they need to do from now on is to work hard wooing the voters and not think too much about the possibility of Pakatan losing in all Malay majority constituencies.

Rafizi being a brilliant strategist must had done his research well. 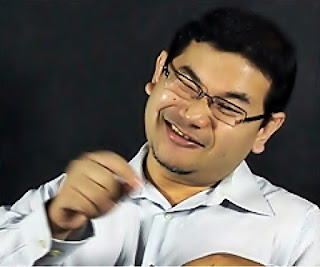 After all, BN in particular has been hit by one problem after another these past few weeks.

Surely the Malays can see now that Umno is truly a no good party which leaders had been  robbing this country since Merdeka until it's now at the same level as Zimbabwe.

Umno's former president has just been thrown in jail for corruption what.

Yup, all Pakatan need now is 30 per cent of the Malays to side with them.

Don't care about the other 70 per cent.

Rafizi must also be very sure that the non-Malays will once again give their undivided support to Pakatan.

Yeah, he's probably right about that one.

Pakatan just need to win GE15 and that's all that matter.

That 30 per cent Malays could be those in Bangsar, Sri Hartamas....errr, TTDI maybe....Damansara Heights probably....never mind, if Rafizi says they are there, then they must be there.

All young Malays will be voting Pakatan too, I guess.

Another group of Malays whom I think will also go all out supporting Pakatan would be those who are LGBTQ.

Pakatan is definitely friendlier to that group than BN.

It actually set a precedent by making it a main priority when it came to power in 2018 to get a royal pardon for a Malay who was convicted of sodomy.

So, if you are a Malay man who like to sodomise another man, you better vote for Pakatan to add to that 30 per cent.

Of course, on top of that, you will be voting for Pakatan because BN is corrupt....so said the judges, in a way.

Okay lah, considering all that, Pakatan is going to win GE15.

But no need to change the judges like in 2018. The judiciary is fine as it is now.

All Pakatan need now is for GE15 to be held as late as possible to allow more Malays to swing their support to it.

Well, Ismail Sabri is only meeting with his fellow Umno leaders at the end of this month to discuss when to hold the election.

I predict he will ding dong ding dong on it for a few weeks until suddenly the country is hit by the monsoon season.

So they will wait until the monsoon season ends, which should be at least until the middle of January.

And that should take a few more months.

Then other things will happen and Ismail Sabri gets to extend his premiership all the way to the final deadline to hold GE15 in September next year.

As for Pakatan, they will get the 30 per cent Malays by then.