Muhyiddin knows Pakatan will just turn Parliament into a circus

I watched the entire of today's Dewan Rakyat session on the internet.

Wished I didn't have to but it's because of my work. Cari makan, okay.

Honestly, it's quite painful to watch.

So many of the MPs were behaving like monkeys by making too much stupid noise.

Yup, many of those supposedly our representatives  in the legislature are actually idiots.

You all have to watch them in action yourselves to believe it.

Even the usually calm speaker Art Harun lost his temper at one point.

I really don't blame the poor fellow for that as they called him "government lapdog", "penderhaka " and such.

The guy was just running the show as according to the parliamentary rules yet they jumped on him as if he was the one who made all those criticised government decisions.

Well, it would still be okay if they had argued intelligently against him but this time they were just making noises and called him names.

Whatever it is, I'm glad that most of the Umno and other BN MPs didn't join too much in the nonsense.

Of course, all the noises were actually centred on the matter of the MPs wanting to debate and vote on the Emergency ordinances.

Well, they want to vote on it so that it can be seen the government didn't have the majority or very little of it.

I was also taken by surprise when Takiyuddin  said the Emergency ordinances have actually been revoked on July 21.

That effectively denied any chance for the voting on it.

I guess Muhyiddin and gang have came to the parliament all prepared for the attempt to knock them off.

As all those frustrated MPs were braying like donkeys over it, Najib quietly sat in his chair in the Dewan and posted in Facebook about how the government is avoiding the voting by quietly revoking the Emergency ordinances.

He probably knew there's no point in screaming and shouting in the Dewan over it as Muhyiddin and gang will simply stonewall everyone.

True enough the government side mostly just stay silent and let the Opposition made a fool of themselves for everyone who watched the proceedings to see.

Yup, and the Opposition MPs did look ridiculous as they made it clear from their behaviour that all they care about was voting out the government.

Even when they talked about wanting to take care of the suffering rakyat, they made it sounds as if what they really want is just to get back in power.

This will go on for the next few days as Muhyiddin had cleverly scheduled for the Emergency ordinances to only be discussed on Monday next week.

He wants the rakyat to see the behaviour of the Opposition MPs and get pissed off with them more than himself.

Umno MPs who actually wanted to side with the Opposition in ousting Muhyiddin would also be at a disadvantage as their party members and supporters watch how the Pakatan MPs have not changed their arrogant attitude and irritating ways in the Dewan.

Most Umno people don't want to side with such a bunch. They would think that it's better Muhyiddin than Anwar, Guan Eng and Mat Sabu.

Oh ya, Pakatan also has that super irritating Jelutong MP too.

As for now, Muhyiddin gang will just mostly play dumb and behave the best that they could.

Zafrul was the best actor today.

He looked like a nerdy boy being bullied by the school gangsters as he stood  to answer questions on the National Economic Recovery Plan and being screamed at by the Pakatan MPs. 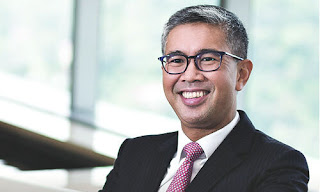 Zafrul almost deliberately let everyone who wanted to verbally abuse him have the floor to do their nonsense until his time ran out.

He even said thank you to each of them.

Art Harun then just told him to give written answers to which he said "Okay, okay, I'll do that," and happily sat down, much to the frustration of others who wanted to shout at him some more.

I'll have to continue watching this comedy show in the coming days until it's over....sigh.

Well, at least I still have a job even though gaji still kena potong.