Route One: Pas to get either Umno to join Perikatan or Pribumi Bersatu to join Muafakat.

This is the best option for Pas and it is working on it.

It is the best for Pas because the party will be the real winner when Umno needs to make concessions to accommodate Pribumi Bersatu in a coalition.

Umno will be weaker and Pas in the long run will emerge as the dominant Malay party.

You see, Pas doesn't have to make such concessions.

Pribumi Bersatu, being a fresh Umno's splinter party will not ask to be given seats in Pas areas. They would want those of Umno's.

Well, Pas won't even give them anyway even if they ask. "What is mine is mine, what is Umno's is yours," Pas would tell Pribumi Bersatu.

Umno will have to do that.

Imagine, how humiliating it is for Umno people having to campaign for Pribumi Bersatu candidates who whacked them like crazy before GE14, after GE14 and even now,

You all should know what they called Umno people.

Worst is for Umno people whose MP or Adun defected to Pribumi Bersatu when their party was in the longkang after GE14.

They now have to campaign again for those people who betrayed them.

If they are forced to do it, I think these Umno people will in the end quit the party.

They may even join Pas.

So, Umno will be weaker and Pas will be stronger.

In the end Pas can take over the whole Malay Muslims perpaduan ummah thingy.

Yup, that's the best for them alright.

If Pas is successful to achieve this it will indeed be 100 per cent the winner. It will ride the coming Malay Muslim tsunami, be part of the new government, and in the end be the dominant party in an all powerful Malay Muslim coalition.

The chances of it managing this is however, in my opinion is only about 20 per cent, at best.

Umno number one and two leaders seemed very determined for their party not to give anymore face to Pribumi Bersatu and the majority of Umno people seemed to support them.

This route is seen by many to be where Pas is going at the moment because of noises made by party leaders like Takiyuddin and to a certain extent Hadi.

It is however the worst of Pas options.

With that coalition, they will not stand a chance of winning anything in most parts of the country except for maybe in their strongholds in Kelantan, Terengganu and Kedah.

In fact, they will even have to face a resurgent Umno in those strongholds.

If Umno could do something fresh like putting Mat Hasan as its PM candidate as I suggested, Pas may even lose those strongholds.

Do take note that BN almost defeated Pas in Kelantan in GE11 in 2004 because Pak Lah was at that time seen as fresh and good compared to Dr Mahathir who stepped down the previous year.

Pas will also be over stretched if it has to take the burden of supporting Pribumi Bersatu which actually doesn't have any real machinery or grassroots support.

And in return, the chances of Pribumi Bersatu taking the fight to Umno and its BN allies would be about the same as Mat Sabu winning the most handsome Malaysian man award. 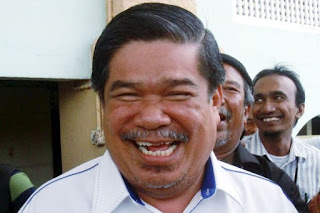 The most they could do is to take some (which I believe not many) votes off Umno/BN for the benefits of Pakatan.

Yes, this is Pas' option that Pakatan certainly like the most because it potentially could divide the Malay vote bank again like in GE14.

However, things are different now. No more tears of sympathy for Dr Mahathir as it was in GE14 which was what really devastated Umno/BN.

No more Umno members and supporters voting for Pas because they were angry with the Umno leadership but couldn't make themselves to vote Pakatan.

Umno, if it do the right things, could this time just steamroll over Pas, Pribumi Bersatu and their mosquitoes allies.

If DAP can create a Chinese tsunami, I think Umno could also create a Malay tsunami on its own.

Again, as I said, that provided if Umno makes the right moves. If it still want to be stupid like before GE14, then they will end up in the longkang again.

Still, I believe Pas leaders could see these likely scenarios and will try to avoid going into GE15 along this second route.

Yes, they are now making all kind of noises to dummy Umno into believing that they are willing to pull out of Muafakat in favour of Perikatan but the chances of that happening is I think just between 20 and 30 per cent.

The chances of Pas being successful as a member of Perikatan is of course zero per cent.

Route Three: Pas (after making all kind of noises) remains an ally of Umno in Muafakat and quits Perikatan

This is Pas' back up option to Route One.

If it can't convince Umno to give face to Pribumi Bersatu, this would be the better route for them.

They could safeguard their strongholds in the Malay states and may even have a chance of getting some seats elsewhere as Umno and its BN allies concentrate on battling Pakatan and crushing Pribumi Bersatu in areas Pas has no chance of winning.

If victorious, they will get to be part of the new government and push further some of their supposedly Islamic agenda.

It's definitely better than sinking with Pribumi Bersatu if they choose Route Two.

The only drawback for Pas to go along this Route Three is that they will not get to take over from Umno being the dominant Malay party.

Pas is still 80 per cent a winner if it chooses this route.

Well, Umno may just get tired of their current noises and tells them to go fly kite with Pribumi Bersatu.