So, I googled "Padi Rescue Malaysia", and at the top of the search results is this story dated Nov 29;

Wan Azizah urged the government to take immediate steps to stop Bernas from initiating legal action against Padi Rescue in connection with its memorandum submitted to the prime minister on Oct 20, 2017.
“We call for the re-establishment of LPN to return the public functions mandated to Bernas, which are due to expire in 2021, in order to protect the national rice industry.”

From that story, I concluded that basically, what was demanded by the opposition leader is exactly what this group called Padi Rescue wants.

However, I can't find much about who are the real people who set up Padi Rescue as it seems that the group has no website where I can check their background.

I had asked a friend at the registrar of society (RoS) to check but he hasn't got back to me.

Anyway, the most prominent name highlighted in reports about Padi Rescue is someone named Fitri Amir, who claimed to be its "representative" or "coordinator", but I believe that he's not the real main man of the group and instead just a "front".

This is one of such stories dated Oct 20, 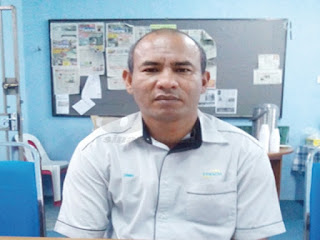 So, I googled his name and found this NST story dated June 11 2015 (which is much before all these talks about Padi Rescue)


Musonnef said the government was the suitable body to look after the padi and rice production instead of Padiberas Nasional Berhad (Bernas) after it was privatised in 1995.
“Bernas has played the role of regulator and distributor for the country’s rice industry as well as to ensure the nation’s rowing rice demand be fulfilled through the management of the National Stockpile and the Padi Price Subsidy Scheme.
“However, since the privatisation of Bernas, most of the Malay Rice Millers’ Association had gone ‘bankrupt’ as Bernas solely looked for profit instead of its farmers’ welfare and the rice production,” he said here today.

Well, it seems to me that this Musonnef guy have been championing the revival of the LPN (Lembaga Padi dan Beras Negara) to replace Bernas much earlier than Padi Rescue.

But back then it was a fight of the rice millers. Now these people calling themselves Padi Rescue are saying that the fight is for the padi farmers too.

Guess it's a case of the more the merrier.

Anyway, I checked with a friend in Kedah who is familiar with this issue and he promptly told me that before I can find out more about Padi Rescue, I need to know more about the Musonnef guy who has been championing the issue from the start.

He declined to confirm whether Musonnef is the actual person behind Padi Rescue but instead emailed me copies of these documents; 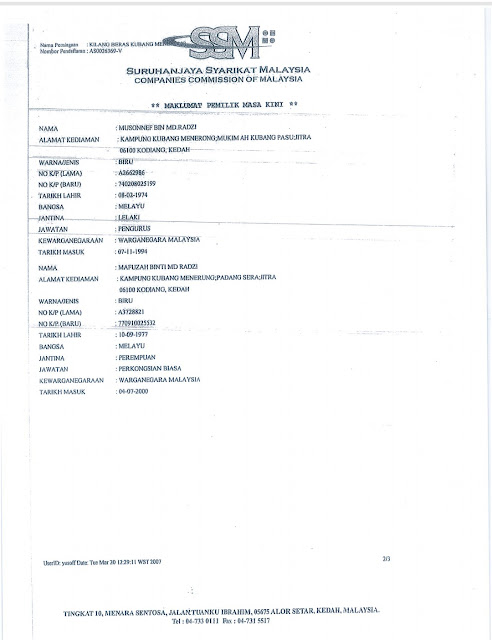 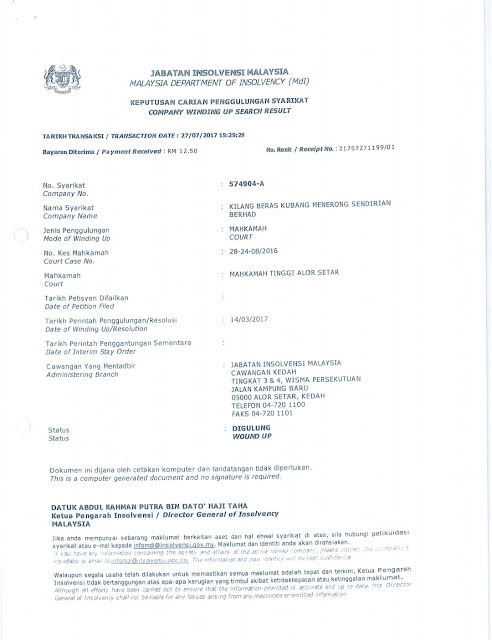 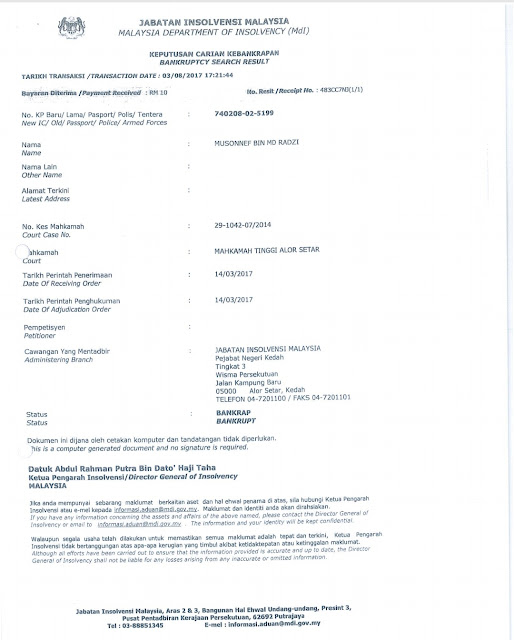 My friend said Musonnef's rice mill accumulated debt to Bernas from 2007 till it closed down in 2015 because it failed to produce the required amount of rice from the padi sent to it for processing by Bernas over those years.

He nonetheless declined to say why the mill failed to produce the required amount of rice.

"That, I don't want to say because from my understanding, even Bernas wanted the case to be settled peacefully," he said.

My friend said that based on the legal action, the mill owed Bernas about RM6.5 million but after the bankruptcy notice, Bernas only managed to recover its losses by receiving the mill's assets which actual estimated value was just about RM2 million.

Anyway, I guess, because of the whole thing, this Musonnef guy was angry and wanted Bernas to be closed down and replaced by a new LPN.

First it's his fight, then it became the rice millers fight, after that it also became the padi farmers' fight, and now it even became the opposition parties' fight.

Quite a snowball, it seems.

By the way, can a bankrupt be the chairman of an association?

This issue is quite interesting, I think.

Okay, if I got new stuff, I'll post some more about it.