Pakatan expected to win GE14 even with 3-cornered fights


Fine, I don't want to dispute that possibility.

But, in my opinion, there are glaring flaws in the findings of that report,


Invoke said voter support for Umno was lower in key battleground states, such as Kedah and Johor.
Only 31% of Malay voters in the Kulim Bandar Baharu and Merbok parliamentary seats, for instance, would vote for Umno in a three-cornered contest.
“This signals that support for Umno in Kedah is lower than it is nationally.”
In Johor Baru, only 30% of voters would choose Umno in a three-cornered fight, the survey revealed.
“This figure is in keeping with a study by the ISEAS-Yusof Ishak Centre of the National University of Singapore, which found that Umno’s support level among Malays is 35% throughout Johor.
Annie's comment; I don't think the Malay support for Umno in those two states is as bad as that. Citing the Singapore's study which says only 35 per cent of Johorean Malays are still supporting Umno was not a very clever move. The Singaporeans don't know much about Johor even though they were next door neighbours, okay.  I do believe that the figure could go down but not from the 83 per cent in 2013 to just 35 now no matter how bad Umno has been performing in that state the past five years.
excerpts 3;


Meanwhile, Chinese voter support for PH has returned to its 2013 level of more than 80%, with the same occurring with Indian voters.
“Likewise, Indian voting preference mirrors the pre-2013 level at 60% for BN and 40% for PH.”
Annie's comment; Cannot be. For one thing I know that most Malaysian Chinese living overseas are not coming back to vote this time. I believe the level of political enthusiasm among the Chinese now is much lesser than in the run up to GE13.
Well, if the survey had been done by a more credible and independent organisation, then I would be more inclined to believe it.

But not this one. Furthermore, it's unrealistic.

Rafizi actually doesn't have a very good track record when it comes to refraining from exaggerating things. 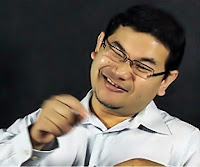 His "findings" had put Pakatan in a spot a number of times. The latest is that Rahman Dahalan's brother claim.

Actually, if this survey had been done even by an Azmin Ali's outfit, then I would have taken it more seriously.

Sorry to say la, I think Pakatan needs a more credible spokesperson for these sort of things than Rafizi.

This kind of survey is actually best done by DAP. Theirs tend to be more realistic and factual.
Posted by Annie at 17:28