The sordid Anwar-Azmin fight now out in the open

Azmin needs to resign if conclusively

identified as other man in sex video


"If the investigations are conclusive, then he needs to resign, but if we have not ascertained the truth of the two guys in the video then he (Azmin) has the option.
"It is subject to whether the police or the Malaysian Communications and Multimedia Commission ... have ascertained the veracity of the video. And if he is identified conclusively, then he needs to resign," said Anwar during a press conference at the Parliament lobby on Wednesday (July 17).

In response, Azmin told Anwar to

Look at the man in the mirror


"Read my lips … Tell him he must look at the man in the mirror," he told reporters at the Parliament lobby on Wednesday (July 17).
Asked to explain his comments, Azmin said: "Ask Anwar to reflect on his own actions (muhasabah)." 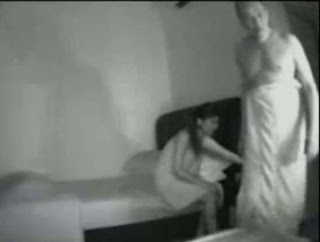 Looks like things are already really bad between those two.

But in this Anwar versus Azmin issue, I actually feel more sorry for Azmin.


Now they are trying to kill him off....politically that is.

I wonder if Azmin and his supporters can stay in PKR for long now.

At the moment it looks tough.

Also, if Azmin and the others leave later, where would they go?

Pribumi Bersatu? How about his non-Malay supporters in PKR?

Then what would happen to Pakatan Harapan?

What would happen to the plan of Anwar taking over the PM post from Dr Mahathir?

More importantly, would the government function properly while these people are busy with their crazy political manoeuvring?

Especially now that things don't look really good out there.

Well, nothing much we can do about it for now, isn't it?

Just brace ourselves and pray that this country will hold itself together.
Posted by Annie at 23:18