Was alerted of this story the other day


Quite a naughty headline by the Nikkei journalists.

Actually, Mukhriz was just saying that he was not fixated to become PM like "some people". 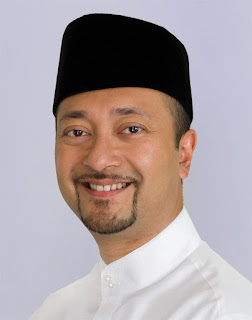 And of course the Anwar's camp jumped at that,


I really laughed when I read that. So childish, I told myself.


So, it was not just kids' play, but really part of the ongoing succession war.

Azmin must be still sore over the gay sex video thingy.

I think he is now willing to go all out against Anwar for pulling that stunt on him.

I also believe that Azmin will now even support the idea of Mukhriz actually succeeding his father.

He knows that he's "dead" if Anwar takes over from Dr Mahathir.

Even now, with just that video, he should know that his chance of succeeding Dr Mahathir as initially planned has been reduced to almost zero.

Apart from that, Azmin must have realised that the Anwar camp is knocking off his people one by one.

This is the latest,


Yup, why not? What's wrong with Mukhriz taking over from his father?

So what? DAP and PKR are already family business what.

After all,  Mukhriz is a very nice guy.

I went all out supporting him for Umno vice-president post during the 2013 Umno election. You all can check this blog's archive for that.

Too bad that he lost. If he had won back then, I believe the Dr Mahathir-Najib war would not have happened.

Najib and his advisers failed to see that by insisting on maintaining status quo at that time. Stupid.

Better than Anwar as PM, okay.

Some people said Mukhriz is not bright enough and incapable of such thing, but for me, at least the guy is quite harmless.

Of course Mukhriz needs to adjust himself a bit to be PM, such as by not be too fussy about small things which is his habit.

He also needs to tell his wife to be more people friendly and his daughter not to flaunt the family's wealth too much, such as showing off the yacht that he bought for her in social media.

And Mukhriz, try to remember people's name, especially those who support you.

Oh ya, also if you can, tell your sister Marina not be too irritating. I would appreciate that very much. Thank you.

Okay, all these in case BN, or to be more precise Umno screws up its chances in the next general election.

Well, I need to go to the beach now. Just going to lepak and be lazy there for the rest of this Sunday afternoon. I'm somewhere in the East Coast, by the way.