"After the launch, we will move to Bunga Raya Complex to view the VMY 2020 logo that will be the livery on four aircrafts of MAS, AirAsia, Malindo and Firefly respectively," Tourism, Arts and Culture Minister Datuk Mohamaddin Ketapi told reporters today.

So, our airlines are to be the main flag bearers of next year's Visit Malaysia Year campaign.

Malaysia Airlines, which is about to be sold off by the government; AirAsia, which is under siege from multiple legal actions by government units for refusing to be bullied as well as complaining about poor treatment and lousy airports; Malindo and Firefly, which were mostly too cowed to say anything.

I wonder how the people at those airlines felt about having to help out in such a campaign while viewed and treated rather not nicely.

This is the language used in addressing the airlines if they dare to speak up,

Shut up or we sue, MAHB tells AirAsia


And they indeed sued, not only the airline, but also its CEO in his personal capacity, which I think is quite petty.

I'm not really a fan of AirAsia as I always fly with Malaysia Airlines, but the budget airline is the only local one which is truly successful, winning international awards as the best in its class every year. 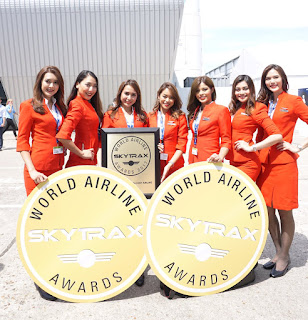 So, it's not that nice seeing the government, via MAHB doing something like that to it.

Of course, the fight is still ongoing as AirAsia has yet to throw in the towel, but why the need to start it in the first place?

Can't they just work nicely together instead?

Especially so with Malaysia Airlines being in a really bad shape now and the government kept talking about selling it off.

Isn't it better to do things nicely so that we can have a proper VMY2020 campaign where people at our airlines feel that they were being appreciated and therefore sincerely want to do their best for the campaign?

That, rather than them feeling as if they were being bullied into it.

You campaign for us or we will sue you....sort of like that....that's not very nice isn't it?

Well, as it is, our tourism industry is not doing that great of late.

It's the only one in the Asean region that shrank last year.

And the government keep doing more to make it worse.

The latest is the proposed departure levy by Finance Ministry, which even the Tourism Minister was not so happy about;


Well, as it is, the Tourism Minister is not apparently doing very well himself.

Someone forwarded to me this complaint letter about him to PM, Dr Mahathir 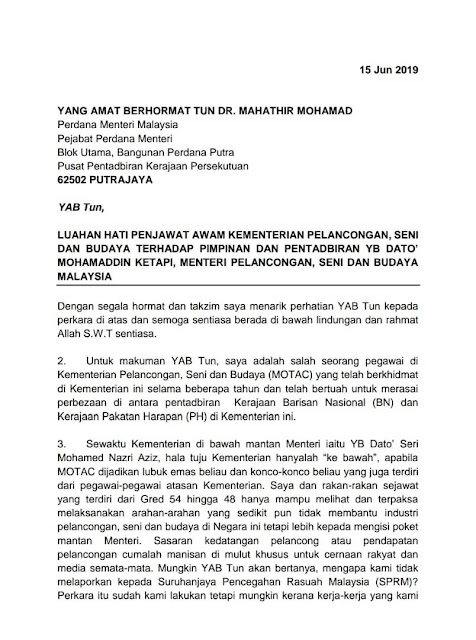 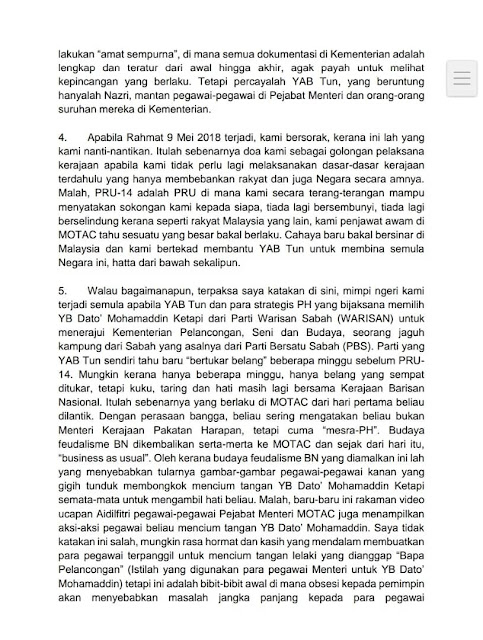 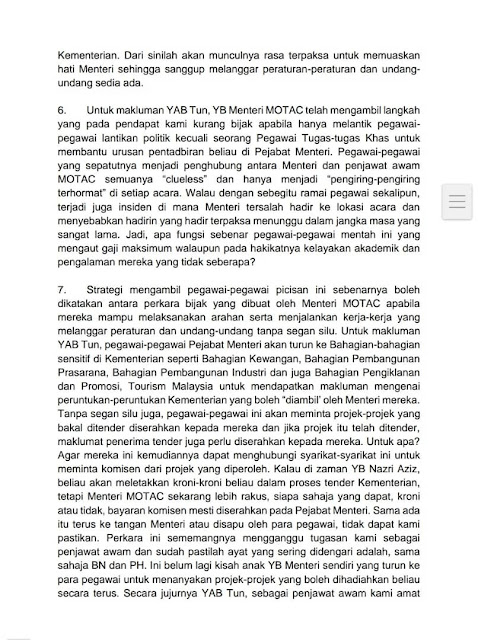 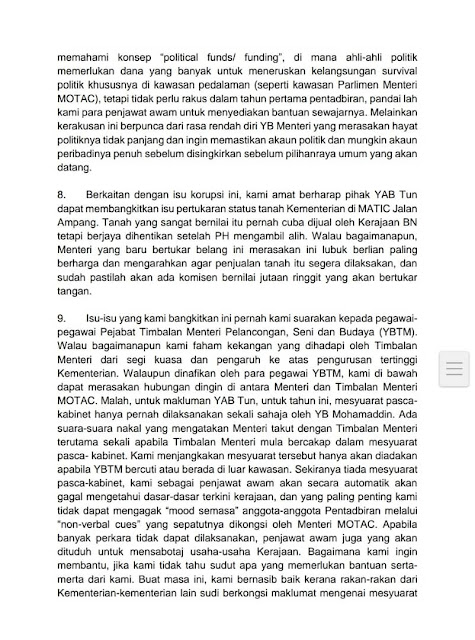 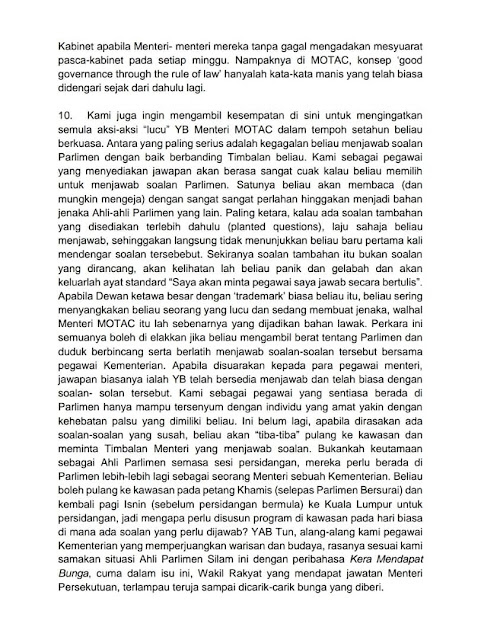 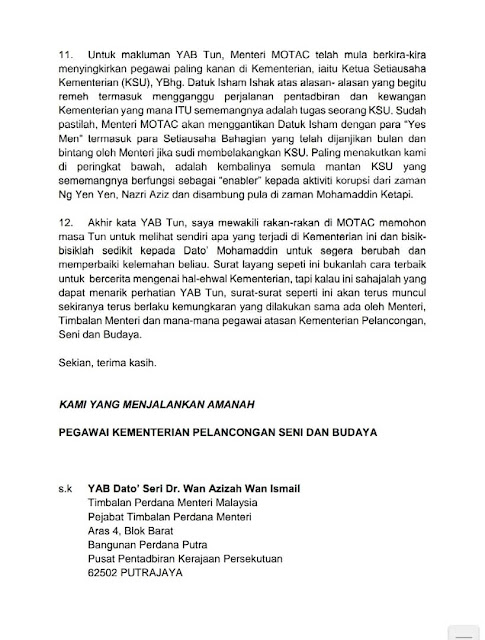 The letter seems to be written by a Pakatan supporter within the ministry but it basically accused the current Pakatan minister as being no better than the previous BN minister.

Don't know lah....it seemed quite messy to me.

Otherwise, things like VMY2020 may be affected which is not good for the country as a whole.
Posted by Annie at 13:26