This Ang is nice and the best, okay.

In case you don't know him, the guy is a lead guitarist and founding member of Search, the greatest Malaysian rock band ever.

And Hillary is not a girl like Hillary Clinton. He's a real macho rocker guy.

That's him on the right, 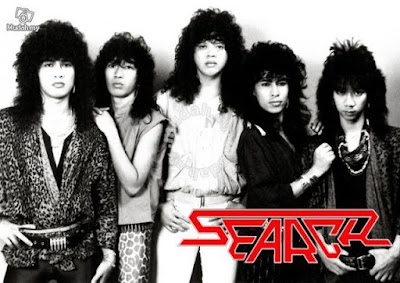 That's in the mid-80s when the JB boys of Search ruled the Malaysian music scene.

I was just a kid at that time, but when I first heard his guitar riffs, I knew that Hillary was exceptionally good. Perhaps even the best among local rock guitarists.

Back then I always wondered how the quiet Chinese boy could be part of the Malay rock band. The Chinese are after all not known to be so into hard rock music. That's what I think made him extra special.

Later on I have a Chinese friend who is like Hillary. He doesn't play a guitar but can mix around with Malays very well. He is so well liked that even the local Pekida and Tiga Line guys hang out with him. I think it's something to do with his sincere heart.

Guys like Hillary and my friend are among the main reasons why I can't hate the Chinese even if I try. Believe me, I tried after the Chinese tsunami of 2013. Cuma boleh marah sekejap je. You can't hate the entire race when you know and like the good ones among them.

Anyway, here's Hillary and his Search gang playing at Planet Hollywood in 2007,


And this is him and the gang when they were much younger and at the height of their power, 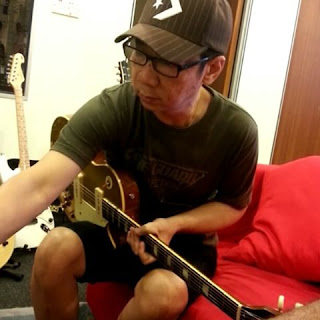