I'm hoping that my next overseas trip will be to Taiwan.

Even Nancy Pelosi has now visited that country.

Ya. Taiwan is a COUNTRY as far as I'm concerned.

I want to see all the nice places there that my mom and beloved always talked about.

Maybe I'll do it once the Covid-19 is really over.

My last overseas trip was to the Philippines in 2018 and it was not a very nice trip.

I'm quite sure a trip to Taiwan would be much better.

I especially want to see the university of my mom and beloved in Taipei.

Would love to pray at the mosque near where my mom used to stay as a student.

Maybe spend a few days at a tea farm too. 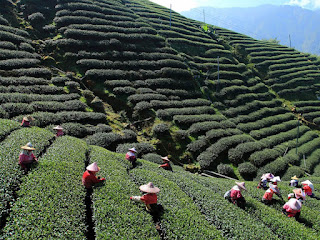 That would be so nice.

My beloved yesterday told me that I should visit Taiwan before the communists in Beijing invaded the country.

Ya, I really hope I could do that.

Hopefully there will not be any invasion at all.

Well, if the communists really decide to invade, I'll be praying for the Taiwanese to be able to defend themselves and their democracy.

The communists should really pick an opponent of their own size instead of bullying Taiwan.

They should go and fight with the Hindu extremists ruling over India now.

That would be a more balanced fight, and actually, I don't even mind them winning such a fight.

I think I dislike religious extremists more than communists.

At least the communists in Beijing are openly admitting that theirs is an authoritarian rule while the Hindu extremists in New Delhi are pretending that theirs is a democratic one while in actual fact they gain power by conning people with religion and targeting minorities.

Well, let the bullies beat up each other. Why should we care, right?

Okay, that's all my thought for today....which was inspired by Pelosi's visit to Taiwan.