Umno finally get their act together and sidelined Tajuddin Rahman.

I have always believe that the guy was more a liability to the party in the overall scheme of things.

He may be popular in his local environment in Pasir Salak but not as the face of the party.

Umno really shouldn't keep such boorish and irritating people as its frontliners.

There are several others who are similar to Tajuddin.

I'm not saying that Umno should get rid of them altogether but it should really stop letting them shape its image.

One of the reasons Umno and its allies lost in GE14 was because people see it as being led by a bunch of stupid gangster-like figures who were most likely corrupt and racist.

That's why the Pakatan's campaign of Asal Bukan Umno worked.

Of course, the media doesn't seem to like what's happening, as many of them don't really like Umno.

They tried to portray the sacking of Tajuddin from the supreme council as a big rift within Umno, which would split the party.

Well, as long as Umno members don't think that's the case, then it should be alright.

The party really need to stay the course and replace those who were actually liabilities.

It needs to do so across the board, and not just among those who went against the party leadership.

For instance, they need to push to the background personalities such as Puad Zarkashi, who has been busy propping himself to be a leading party man, including in the case of Tajuddin. 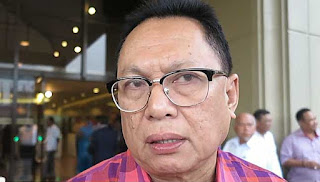 The media have been highlighting Puad's statements quite a lot lately as if his voice is the voice of Umno. Just check reports on him by FMT, okay.

They like Puad to be the image of Umno - irritating and unpopular.

Do remember that when Puad won the Rengit seat during the BN's landslide victory in the Johor election earlier this year, he did so with a significantly reduced majority.

The former Umno's Rengit assemblyman Ayub Jamil had won the seat amidst BN's defeat in 2018 with a majority of 4,172 while Puad only managed 1,920.

Really, Umno has better leaders for its image than Puad.

The party also needs to replace those who clearly failed to perform in the run-up to the 2018 defeat.

For instance, a state party leader who lost his state seat, parliament seat and the whole state should not remain as the face of Umno.

Umno would be stupid if it continues to prop up such a failure as its top leader.

Well, maybe such a leader can still be fielded again in his constituency where he lost in 2018 but don't lah try to put him to contest a safe seat to make sure that he could remain as a top Umno leader.

If the guy had contested a seat such as Pasir Gudang, let him stays there instead of sending him to Mersing or Kota Tinggi where he has a better chance of winning.

Errr, I think the Umno leadership can understand that.

Anyway, for now, I still think Umno and its BN allies will do well in the next general election, especially if it's to be held very soon.

Their opponents, whether Pakatan, Perikatan, Pas or any others, are too much in disarray now to repeat their victory in 2018.