The Malay Mail has highlighted DAP's only elected Malay in the party's central executive committee over the past two days.

Be the change you want to see, Young Syefura tells those criticising DAP as Chinese chauvinists

It basically revolves around the participation of Malays in the Chinese dominated party.

Unfortunately, this Young Syefura is not a very deep thinking person.

She ends up putting the onus on proving that DAP is not Chinese dominated on the Malays.

Malays should join the party so that it would not be too Chinese, she concluded.

Hello, people join a political party because of what it is lah, not because they are trying to change it.

Okay, maybe DAP offers some nice ideals, but its practices may not reflect what it preaches.

Last time, one would argue that DAP was never given the chance to run the country thus can't prove itself but after 2018 that no longer applies.

They and their allies were in power for 22 months and what was the result of that?

DAP turned out to be so inflexible, causing its Malay-dominated allies to bail out as they were losing the support of their base.

Many DAP personalities treated the 2018 Pakatan victory as a win for their communities against the perceived tyranny of the Malay-Bumiputra majority.

And their supporters behaved the same as they waged a racially toxic campaign in the social media against the Malays.

Remember the comments made by several DAP leaders and their supporters about the death of fireman Adib back then?

And then they blamed Umno for allegedly playing up racial sentiments, causing the defeat of Pakatan candidates in consecutive by-elections as if that party has all the while been hiding the fact that its struggles were for the betterment of the Malays.

Not enough with that, DAP people went to social media accusing the Malays of tolerating corruption.

If the Malays are so okay about corruption as alleged, how did Pakatan manage to win in 2018 by peddling the idea that Umno leaders were all corrupt?

Because DAP and gang got all the Indian votes, is it?

Guess these people never learn - you can't go around insulting people and get their support.

Recognise and rectify your own flaws before blaming things on others.

And how about the Malays who joined DAP?

I believe that some were true idealists, but others were just into it because they were seeking personal glamour or due to their unhappiness for not having a place in mainstream Malay politics.

The idealists will get tired of it all after realising the true nature of DAP (unless they are really dense), the glamorous ones will disappear after defeat in the next election (unless they get involved in some marital scandals) and the unhappy with Malay politics ones will fade away after not given a freebie position in DAP (unless then given a role by Umno to whack DAP).

As for Young Syefura, let's see where she would be after GE15.

Her state constituency Ketari has 47 per cent Malay voters, 45 per cent Chinese, over 4 per cent Indians, and over 2 per cent Orang Asli.

BN is likely to field a MCA candidate there.

If she loses, I think she would disappear despite her DAP CEC membership.

Hopefully she would not end up like another glamorous DAP young Malay personality Dyana Sofya Mohd Daud. 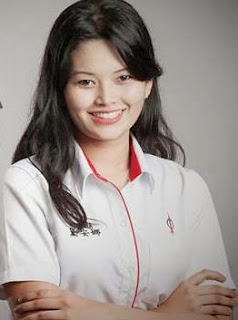 Better disappear for good than being remembered for the wrong reasons.