Johor Undi18 expert is sophisticated, and that's about it

This is a cute report by FMT;

FMT, which editorial's political affiliation we all know, likes to come up with these sort of reports.

For this one, it quoted Undi-18 co founder Qyira Yusri .

“Young people tend to see past race and religion, although not entirely. They lean towards policy-based politicians. I think they will look at things like manifestos and election promises,” she told FMT.

Actually, her name is Nur Qyira Yusri. Not sure why FMT dropped the Nur part in its report.

I checked her profile and found her to be quite a successful professional, based on her qualifications.

She's based in KL and looked quite sophisticated. 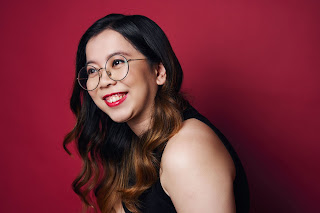 Definitely not the typical Johor Malay kampung girl type.
I wonder how she became an expert of Johor politics or at least an expert at gauging voting trend among young people in Johor.
Anyway, are school leaver kids at 18 really don't care about their Malayness, Chineseness or Indianess when they make big decisions in life?
Voting the leaders of your country is a big decision, I think.
Someone really need to do a survey at Foon Yew High School in JB (which I believe is the biggest Chinese school outside China) and ask the students who are about to graduate from there whether they ever consider their cultural and traditional heritage when making such decisions.
I like to bet that most of them do. And to be honest, I think most of them would be more comfortable to vote for candidates whom they believe would care more about the interests and welfare of their own race than anyone else. Naturally, such a candidate should be a Chinese.
That's just simply how it is.
You see, I have never been against Chinese schools and in fact I previously wrote many times in defence of those schools.
I even gave space for those who wrote about why Chinese schools should not be abolished such as this one;

So, this is really not me taking a dig at the Chinese or their school system or anything like that.

The truth is, I'm not even against those Chinese kids who prefer to vote a Chinese candidate rather than others of race different from theirs.

That's actually only natural as they were brought up being Chinese and mostly mixed with other Chinese kids in their schools.

Even in sekolah kebangsaan, Chinese kids tend to mix mostly with Chinese kids, the same with Malay, Indian, Orang Asli and other kids.

Of course there would be exceptions but those were the special kids.

Having said that, I have to insist that not all of those kids will continue to live in their own racial cocoon for the rest of their life.

Many of them are going to mature and appreciate having friends from other races and probably more willing to vote good candidates who are not of their own race.

Well, if not, how do you explain me, who many of you accused as being a racist, going around defending Chinese schools, Taiwan and the Hong Kong pro-democracy movement.

Eh, even my beloved is a Chinese, who has a purely Chinese name, prays to Chinese gods as well as studied in Chinese school and Taiwanese university. That's as Chinese as anyone could get in this country, okay.

Oh, and my beloved eats pork and drinks beer all the time....urgh. Love is terrible.

Anyway, the sophisticated Qiyra lady was also quoted by FMT as saying that the Undi18 kids are very concerned about party hopping.

“Whichever party or coalition comes up with a firm stance on this issue, as well as a promise to tackle it, will be able to capture the youth vote,” she said.

Well, these are the state assembly frogs in Johor after 2018; 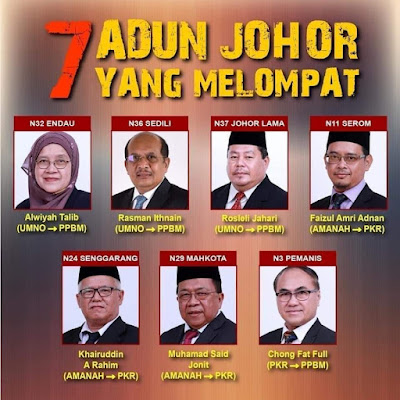 None jumped to Umno, MCA or MIC.

So I guess, young voters would see BN as the one which suffered the most from the frogs. Naturally BN should therefore be the one that likely going to be firmly against party hopping.

And based on that logic of the sophisticated Qiyra lady, most of the Undi18 must then be inclined to vote for BN lah.

Hmmm...I better check that one with those soon to be Foon Yew High School graduates.