Exactly 20 years ago today, I was in my hotel room in Ho Chi Minh City, watching CNN's live coverage of the 9/11 terror attacks.

Somehow I was not shocked at that time when the WTC twin towers collapsed, killing thousands.

In my heart, I was telling myself that all the bad things done by the US around the world have finally came back to it.

Really, that was my thought at that moment.

I was after all in Vietnam that day, the country which was bombed and shot to pieces by the Americans for more than a decade.

Several days prior to that, I was in Hanoi where my Vietnamese hosts there had took me on a visit to a rehabilitation centre for children who suffered from deformities because their parents were victims of the Agent Orange, a chemical sprayed from the air by the Americans over the forests during the Vietnam war.

The Americans had done that to kill off the trees and  other plants so that their Vietnamese enemies were denied of forest cover and food.

The chemical, however killed and caused severe harm to those who came in contact with it.

The effects of the chemical were also passed down to the next generations of victims until today.

Some of the children at the centre also suffered from other disabilities such as blindness and loss of hearing.

Trust me, it's heartbreaking watching the sufferings of those children.

I remember one particular girl  at the centre who was about nine years old at that time. She was so cute and shy as she sat on her wheelchair. Her hands and legs were deformed since birth.

I wonder how she's doing today. 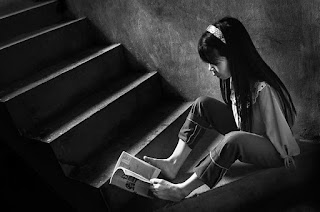 It was estimated that the US sprayed up to 15 million litres of the Agent Orange throughout the Vietnam War, claiming up to 14 million victims till today.

The US has never admitted its guilt over the use of the chemical in order to avoid paying compensation to the Vietnamese.

And of course no American was prosecuted for the chemical warfare waged against the Vietnamese.

The rehabilitation centre in Hanoi is still there till today and there were many other similar ones around the country.

Anyway, as we already knew, the US and its allies  declared war on terror after the 9/11 attacks and went into Iraq and Afghanistan, causing the deaths of a few hundred thousands more.

I may understand them invading Afghanistan because Osama Bin Laden and his AlQaeda gang, who were behind the 9/11 attacks were hiding there but I strongly believe that invading Iraq was purely because of a different agenda.

The US' wars in those two countries just ended recently with their marines making the final exit at the Kabul airport that day after two decades of occupation.

I have to conclude that the US actually lost the wars in both countries.

Iraq is now controlled by the Shia, allied to the rulers of Iran while Afghanistan is back in Taliban's hand.

It was actually amusing watching how many Americans reacted to the defeats, especially the one in Afghanistan where it was so evident that they lost the war there.

I saw some of the coverage by the right-wing Fox news channel and laughed as its anchors tried their best to insist that the US could actually go back to Afghanistan and bomb the Taliban once again back to stone age.

That was so pathetic of them.

Honestly, I don't hate the Americans or even their military might.

It's just that their government and those in charge there were either too stupid or morally corrupt for leading them into those wars.

They should actually pick better wars to fight.

Well, for one thing they should try to defend Taiwan if the communists in Beijing decide to invade the island.

I would support them if they defend the people and the democracy there.

Or if they stop Beijing from bullying us in the South China Sea.

Oh, I also hope that the US will stop being so supportive of the brutal Israeli occupation of Palestine and  being too friendly with oppressive regimes such as the Modi's BJP government in India.