I felt that my fondness for Japan was properly justified when I read this report the other day,

Japan to send a million doses of AstraZeneca vaccine to Malaysia

It will also send two million additional doses of the vaccine to Taiwan and Vietnam and a million doses each to Thailand, Indonesia and the Philippines.

Japan has previously pledged US$1 billion (RM4.2 billion) and 30 million doses to the the global vaccine sharing scheme Covax and has arranged direct shipments to its Asian neighbours to speed up delivery.

When it comes to being a friend, I think Japan is the best.

Despite struggling with its own vaccination programme, Japan is being mindful of its more unfortunate friends facing supply problems caused by other rich countries hoarding the vaccines.

It had also already rushed 1.24 million vaccines to Taiwan, which supplies were possibly being blocked by the communists in Beijing who claimed it as part of their territory.

Why can't the Chinese government send vaccine to their supposedly Chinese brothers and sisters in Taiwan?

I seriously believe that the communists are trying to use the pandemic to bring Taiwan to its knees.

Anyway, I think we should do more to thank Japan for its generosity in helping us and others during this difficult time.

I tried my best to do so by sending a thank you note to all my Japanese friends via WhatsApp and they were genuinely happy that their country could help us.

They didn't complain about their government's decision on the matter despite most of them are still waiting for their turn to get vaccinated.

Well, it's good manner to say thank you to those who help us.

The Taiwanese did their best to thank Japan, United States and Lithuania, the only three countries I know so far, which had helped them by sending vaccine supplies.

Lithuania was the extra special one being a small country of less than three million people, yet it sent 20,000 doses of vaccine to Taiwan.

The Taiwanese response was so fantastic. They among others organised a campaign to buy Lithuanian goods and even sent a consignment of popular Taiwanese snacks to the Baltic country to demonstrate their gratitude. 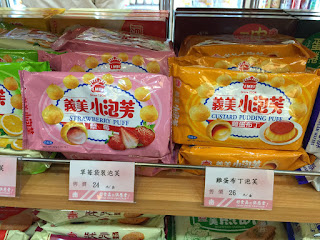 My mother told me that this I Mei milk puff  which they sent to Lithuania was her favourite snack when she was a student in Taipei.

I believe we need more of these positive stories in weathering the pandemic.

I know, things are hard but I also believe that we will pull through this.

Let's not be too negative.

We can't win this war if we keep saying that we were already screwed up.